For Republican presidential candidates, war rolls easily off the tongue 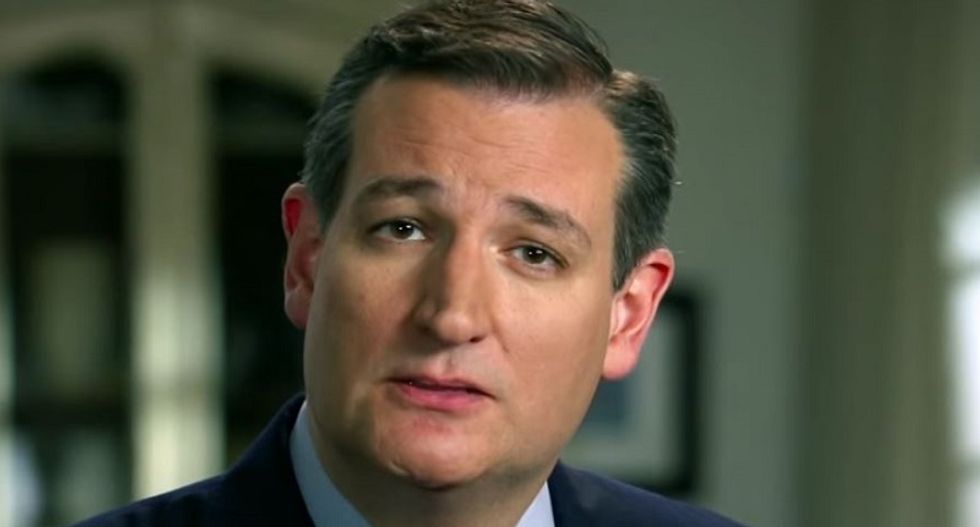 The biggest difference in the response by Democratic and Republican 2016 presidential candidates to the shootings in San Bernardino, California, comes down to a single, provocative, word: War.

"If this is a war, and I believe it is since they have declared war on us, we need to declare war on them," Republican White House hopeful Jeb Bush said in New Hampshire on Tuesday.

Until this fall, U.S. politicians had been wary of invoking war after two costly and protracted conflicts in Iraq and Afghanistan. Americans had simply had enough.

But now, after deadly attacks in Paris and San Bernardino, Bush and many of his fellow Republican candidates are peppering their speeches with the highly charged word to cast the threat posed by Islamic State in stark terms.

And it's not just glib rhetoric. Opinion polls suggest that Americans, more fearful after the attacks and looking for strong leadership, may now be more receptive to such language, even though the candidates have been careful not to say much about what the United States should do to prosecute such a war.

The Republicans' rhetoric is in stark contrast to that of President Barack Obama and the leading Democratic presidential contender, Hillary Clinton. They are largely avoiding the word over fears that IS propagandists could seize on it to suggest the West is at war with Islam itself.

“This is not, and we should not let it become, a clash of civilizations," Clinton said on Sunday. But even as she cautioned against being drawn into war, she too used militaristic language. "The vast majority of Muslims are on our side of the battle unless we drive them away,” she said.

Republican candidates have not felt so constrained.

“We need to come to grips with the idea that we are in the midst of the next world war,” New Jersey Governor Chris Christie said at a forum last week in Washington.

Senator Marco Rubio of Florida has said he would support Congress formally declaring war on IS, while Senator Ted Cruz of Texas has said, “We are at war” and that “we have a president who doesn’t recognize the enemy who has declared war on us.”

Donald Trump, the front-runner for the Republican nomination, on Tuesday defended his proposal to ban all Muslims from entering the United States, saying the country was at war, and that President Franklin D. Roosevelt had behaved similarly during World War Two.

"You see a little bit of an under-reaction from the Democrats and an overreaction from some of the Republicans,” said Vin Weber, a former Republican congressman from Minnesota and a member of the Council of Foreign Relations.

If voters remain fearful of an attack, Republicans will hold the advantage, Weber said.

"As long as the threat is real in their minds they are more with Republicans," he said. "If the threat fades they will be more inclined to want to avoid the chance of renewed conflict (in the Middle East)."

Amid the din of battle cries, what is not clear is whether the candidates talk about "war" because it is an easy three-letter word that trips off the tongue, or whether it is part of a deliberate strategy to tap into a jittery electorate.

“It harkens back to the politics of fear and national security that we saw in 2002 and 2004 that George W. Bush used,” said Brian Katulis, an analyst with the left-leaning Center for American Progress. Republicans increased their majority in Congress in the 2002 midterm elections and Bush won re-election to the White House in 2004.

The candidates clearly view voters as hungry for a more aggressive tone and Americans no longer as war-weary as they were in the 2008 and 2012 elections, when Obama ran - and won - on promises of ending the wars in Iraq and Afghanistan.

A Washington Post/ABC News poll taken last month after the Paris attacks in which 130 people were killed in suicide bombings and shootings showed almost 60 percent of those surveyed believe the nation is “at war with radical Islam.”

And a Reuters/Ipsos poll taken last week showed that voters view Republicans as having a better plan to combat terrorism than Democrats by 35 percent to 20 percent, even though the party's presidential candidates have been reluctant to commit to ramping up large numbers of U.S. ground forces in the region.

Congress, which hasn’t formally declared war since World War Two, is debating whether to pass a new Authorization of Military Force that would provide congressional sanction to prosecute the conflict against Islamic State.

In the meantime, Democrats are "struggling to try to find the enemy while not painting all Muslims with a broad brush," said Jim Manley, a former top aide to Senate Democratic leader Harry Reid of Nevada.

On the issue of terrorism, the Washington Post poll showed voters trust Clinton more than any other candidate in either party. Yet it also suggested voters were losing faith in Obama on the issue, with just 40 percent of Americans saying they trust Obama to handle terrorism.

That places further pressure on Clinton to distance herself from Obama’s foreign policy by talking tougher about Islamic State, while also keeping some distance from the world view of her Republican opponents.

Future45, a Super PAC funded by conservative billionaire Paul Singer, launched an ad campaign on Tuesday hammering Clinton for her role in crafting the administration’s policy on Syria when she was secretary of state. The ad will run on cable news networks and online in key primary states such as New Hampshire.

“As our ad lays out, she made real decisions that had long-term consequences in Syria,” said Dan Conston, a spokesman for the group. “She is not without responsibility.