Fox panel freaks out after New York judge is sworn in on the Koran: 'What does this mean?' 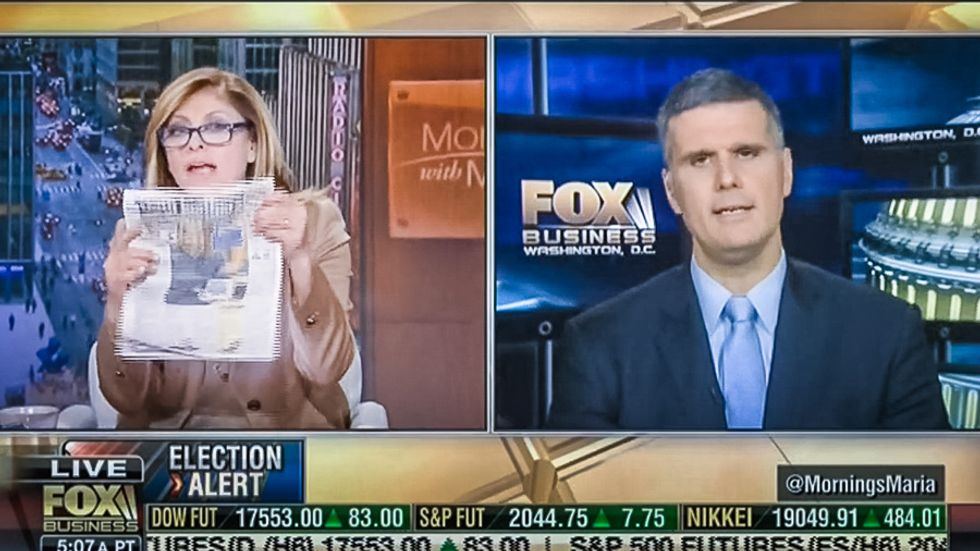 A Fox Business panel worried this week that Islam could "dictate actions" of a Muslim judge in New York because she was sworn in on the Koran.

On Wednesday edition of Morning's with Maria, host Maria Bartiromo noted that New York trial court judge Carolyn Walker-Diallo was "stirring some controversy" because she chose to use her religion's holy book for the swearing in ceremony instead of the Christian Bible.

"It may not be unprecedented but it is certainly rare," GOPAC Chairman David Avella insisted. "And it's not something you're going to find even the slightest minority saying they support here in America. And it will be interesting to watch the developments on this."

"I can assure you the next president of the United States will have his hand or her hand on the Bible, not on the Koran," he quipped.

"I just wonder what the implications are of this," Bartiromo remarked. "Any thoughts here of what the overriding tenets are if you are sworn in by the Koran. What does that mean?"

Investment commentator Kevin Kelly argued that it was the "wrong time" to allow Muslim judges to be sworn in on the Koran because it could affect their actions in court.

"It's such a sensitive subject especially when it comes to what's guiding their higher beliefs and powers that dictate their actions and decisions," he opined. "And swearing on that, especially right now, we know we're at war right now with radical [Islamists] that do believe in the Koran and can actually distort it."

Kelly added: "It's so sensitive right now that politicizing this and swearing in a judge, I just think it's not the right time or place for it."

Watch the video below from Fox Business News, broadcast Dec. 16, 2015.