Fox's Lou Dobbs lashes out at zombie nativity: 'If you're going to mock a religion, choose Islam' 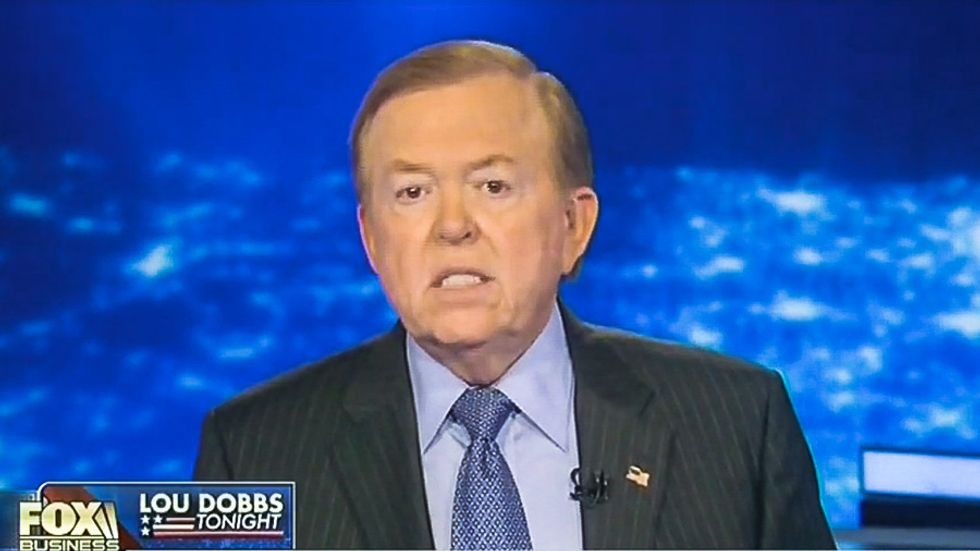 Fox Business host Lou Dobbs took issue with the zombies in an Ohio nativity scene because he said it mocked Christianity instead of Islam.

Jasen Dixon, the manager of a local haunted house, riled up officials in the Sycamore Township second year in a row this month with his zombie nativity scene. Officials have said that he could be fined up to $500 a day if he refuses to take it down.

"This is appalling," Dobbs complained on Thursday's show. "The creator of this obscenity, Jasen Dixon, insists that the display in his front yard is not anti-Christian. It would be interesting to see if he had the guts to be anti-Muslim."

Dobbs later told his panel that the nativity scene was "insensitive."

"And I think if you're going to mock a religion, I'm thinking they should have chosen the Islamic religion," the Fox Business host opined. "Wouldn't that have been, somewhat, a display of courage?"

Watch the video below from Fox Business News, broadcast Dec. 10, 2015.