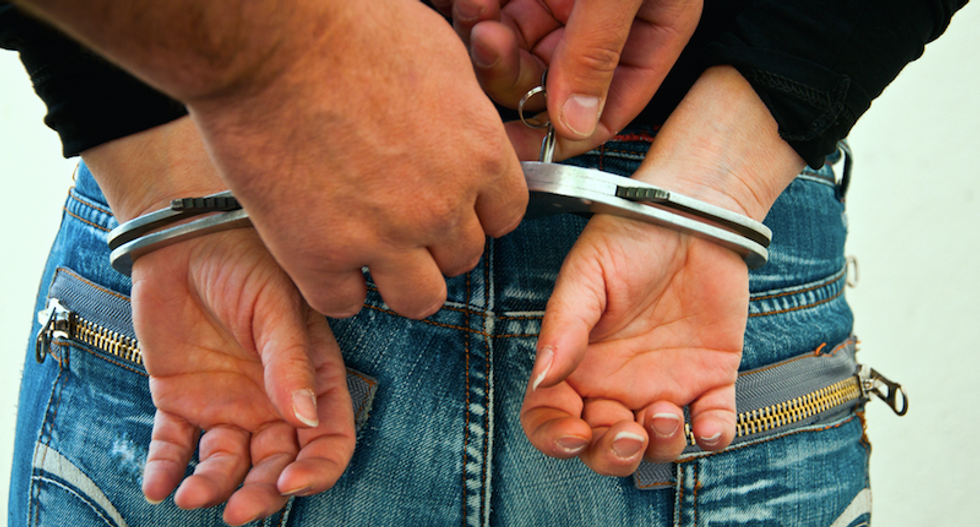 Police arrested a teenage boy on a variety of charges in Georgia after he reportedly fired a handgun at a park -- which was a very different outcome than the fatal police shooting of an Ohio boy who was carrying a toy gun.

Witnesses reported the 14-year-old boy firing a handgun shortly before 1:45 p.m. Sunday at Trail Creek Park in Athens, and officers spotted a teen who fit the provided description when they arrived, reported the Athens Banner-Herald.

The first officer who arrived said the boy appeared to be nervous and was moving his hands in a way that made the officer concerned for his own safety.

The officer said he was able to place handcuffs around one of the boy's wrists, but he said the teen resisted and tried more than once to reach into his clothing.

The officer used his body weight to pin the boy against a railing until backup officers arrived and helped take the teen into custody.

Police said they found a .45-caliber handgun -- which turned out to be stolen from a pickup truck parked nearby -- in the teen's pants and a small bag of marijuana at his feet, and they said the boy claimed ties to the Little Bethel N*****s street gang.

Investigators said the boy admitted to stealing the gun and then testing it out at the park.

The teen was charged as a juvenile with entering an automobile, carrying a concealed weapon without a permit, underage possession of a firearm, reckless conduct, possession of marijuana and obstruction of a law enforcement officer.

The incident stands in sharp contrast to another report last year of a black boy spotted with a gun at a park in Ohio.

A passerby reported seeing 12-year-old Tamir Rice playing with a "possibly fake" gun at a park in Cleveland.

Police said the boy ignored their repeated commands to drop the weapon, but surveillance video shows a police officer jumping out of his patrol car and opening fire instantly upon spotting the boy sitting outside Cudell Recreation Center.

The gun turned out to be a toy, and Tamir died the following day from his wounds.

Surveillance video also shows police placing the boy's sister in handcuffs and forcing her to watch from a patrol car as officers stood around without assisting the mortally wounded child.

Watch this video that shows police instantly shoot Tamir Rice after arriving at an Ohio park: