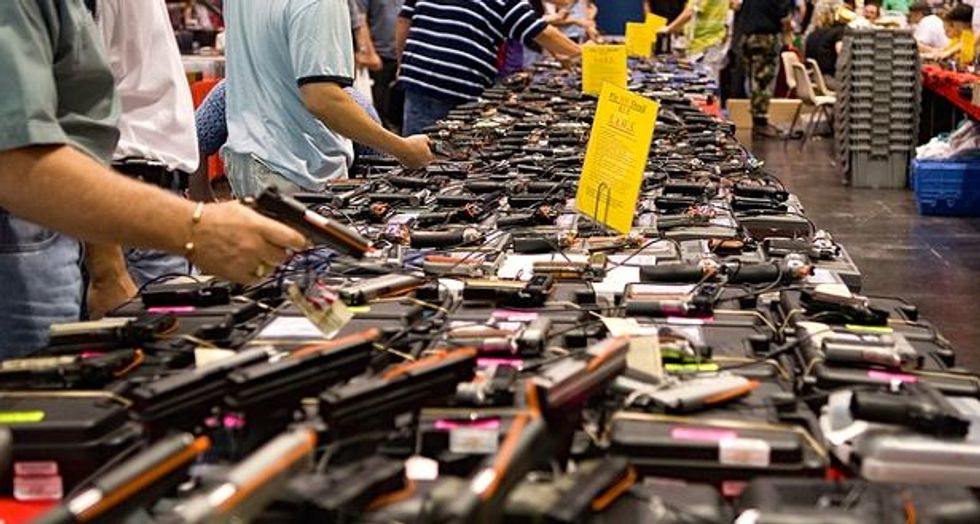 After years of thwarted efforts to tighten restrictions on firearms, gun control activists are heralding the 2016 elections as a watershed moment.

They have more money than ever before to finance their fight. They have Hillary Clinton, the Democratic front runner for president, solidly in their camp, calling for stricter gun controls at campaign stops -- a turnaround from her 2008 presidential bid when she kept the subject at arm's length.

And two virtually back-to-back mass shootings -- with 14 people shot dead on Wednesday in San Bernardino, California, just five days after a gunman killed three people in Colorado -- could be expected to help create a perfect storm for gun control advocates to help elect like-minded candidates at the national, state and local level.

But that seemingly perfect storm may end up being little more than the rumbling of clouds. Even some gun control advocates concede any real change in gun laws is unlikely.

“As much as I would like to say that the current madness that we see in public policy about gun safety will turn around in the next election cycle, I don’t think it’s likely,” said Charles Phillips, a retired professor at Texas A&M University whose research focused on gun laws and has been involved in the movement for decades.

Everytown for Gun Safety said its membership spiked by 20,000, to 3.5 million, in the hours after the California shooting -- in which a young married couple armed with assault-style rifles left their infant daughter in the care of a grandmother before opening fire at a workplace holiday party.

But on Thursday, just one day after the shooting, Senate Democrats who tried to force a vote on an effort to increase background checks on gun buyers met with such intense Republican opposition that the measure never made it to the floor.

America has had a long romance with guns, part of the country's celebration of individual rights, with the right to gun ownership enshrined in the U.S. Constitution's 2nd Amendment.

Efforts to pass gun laws have been met with passionate opposition from gun owners, who are quickly mobilized by the National Rifle Association, even after previous tragedies like the 1999 Columbine High School shooting that killed 13 people.

Gun control advocates say this time is different. Galvanized by the failure of Congress to pass new gun restrictions in 2013 following the Sandy Hook school shooting in which 20 children were killed, they prepared for the 2016 elections with a new strategy and far more money.

“For the first time in history, they are actually outspending the NRA in selected contests, and they are working to build a stronger grassroots base, which has long been the NRA's ace in the whole,” said Robert Spitzer, a political science professor at SUNY Cortland in upstate New York who has authored several books on gun control.

There is public sentiment to support the effort. A Reuters/Ipsos poll from the final days of November found that 66 percent of Americans think gun control needs to be addressed.

Grassroots organizations numbering 3.5 million have been formed in all 50 states with an overarching group organizing their responses. Women voters – often more sympathetic to gun control arguments according to polls – are being targeted. In Maine and Nevada, activists are pushing ballot measures to expand background checks.

“We’re really taking a page out of the NRA’s playbook,” said Shannon Watts, founder of Moms Demand Action on Gun Sense, which is part of Bloomberg’s Everytown for Gun Safety group. "It’s the first time gun violence prevention has had the money."

Public opinion, however, remains divided. An October poll by Gallup, conducted in the days after a mass shooting in Oregon, found voters more inclined to back background checks and stricter gun laws than they were a decade before. Yet Pew Research Center has tracked a trend over the past decade showing some voters growing more concerned about having their gun rights limited.

The NRA has taken on Bloomberg, equating his push to require background checks for gun purchases with his attempt to ban extra-large sodas in New York City.

"Anti-gun hypocrite," one advertisement run by the NRA during this year's campaign for the Republican presidential primary said of the former mayor. "Bloomberg wants to ban your soft drinks and snack foods, drive up your electricity bills and take away your gun rights."