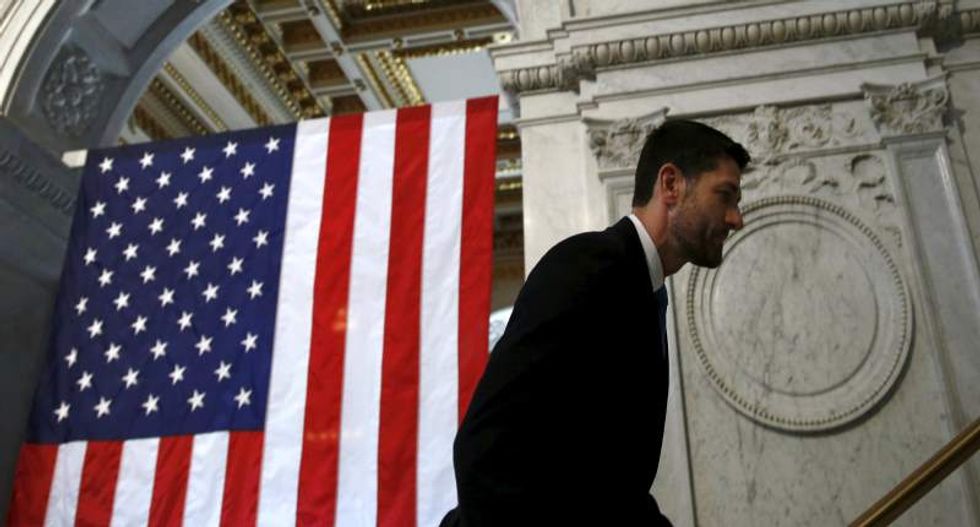 House Speaker Paul Ryan (R-WI) exits the Great Hall at the Library of Congress after delivering a policy speech in Washington on Dec. 3, 2015. Photo by Gary Cameron for Reuters.

The House of Representatives will vote on Friday on stop-gap spending legislation to extend a deadline for action and avoid a government shutdown, a House leadership aide said.

U.S. lawmakers are negotiating a $1.15 trillion funding bill to pay for government operations through September, with the deadline for action Friday at midnight, when the existing spending authority expires.

But lawmakers have been unable to reach agreement on a number of policy "riders" some lawmakers would like to add to the bill. Earlier this week House Speaker Paul Ryan said they would likely need an extension of a "handful of days" to allow work on the spending bill to be completed.