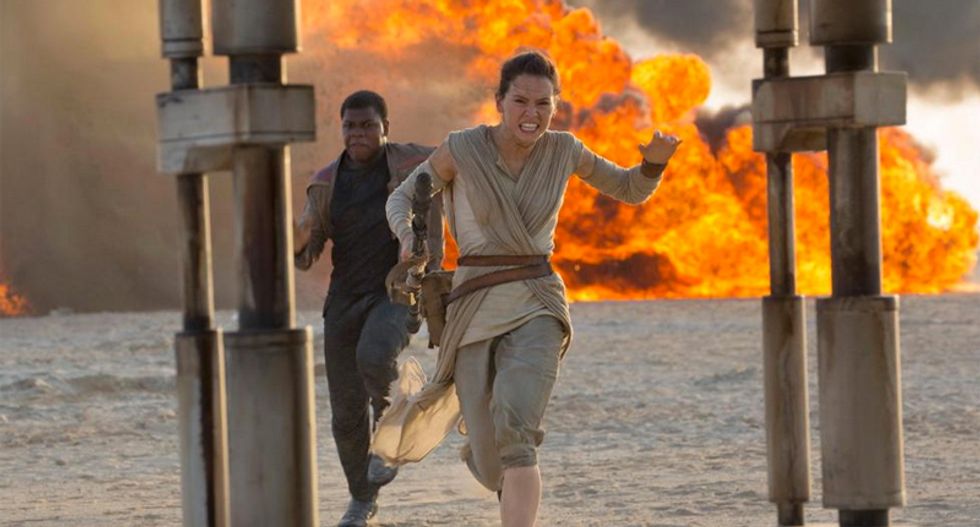 A New Jersey man has been taken into custody after making bomb and shooting threats at a Freehold AMC theater, causing an evacuation during a showing of "Star Wars: The Force Awakens," reports the New York Daily News.

Jesse Carroll, 22, of Middletown, was charged with two counts of second-degree public false alarm by prosecutors who claim the man left notes in the men's bathroom of the theater on both Monday and Friday.

According to police, no explosive device was found at the theater which caused a two hour evacuation of the large crowd who turned out for the opening weekend of the blockbuster film. Police stated that Carroll is also accused of leaving a similar note on Monday at the theater.

“Making bomb threats in a movie theater is nothing short of domestic terrorism," acting Prosecutor Christopher J. Gramiccioni said. "Thankfully for everyone involved this was a hoax. We have wasted too much time, money and resources with these dangerous and disruptive threats. We will continue to fully respond to every threat to protect our citizens, but we are also going to react with the full force of the law every time threats turn out to be hoaxes."

Watch video below from NYDN:

The former president called for the termination of the Constitution and the overturning of his 2020 election loss in a post on his Truth Social account, and the "Morning Joe" host and her guest Charlie Sykes said Trump's threat couldn't have been made plainer.

Georgians return to the polls on Tuesday for a run-off vote taking place a mere four weeks after they cast their ballots in this year’s US midterm elections. This final vote could give Democrats a slightly more comfortable majority in the Senate. On the ballot for the first time running as major party nominees are two Black men: Herschel Walker, the Donald Trump-backed Republican candidate and former football star, and Raphael Warnock, the Democratic incumbent and Baptist pastor.

Following big Democratic wins in Nevada and Arizona that sealed their control of the Senate last month, a win in the run-off vote in Georgia on Tuesday, December 6 would give Democrats a slightly more comfortable majority there. This is important, says Steven Ekovich, a professor specialised in US politics at the American University of Paris, as several Democratic senators, including Joe Manchin from West Virginia and Kyrsten Sinema from Arizona “like to keep the Senate hostage” by not always voting along party lines. It would also help reduce the need for Vice President Kamala Harris to cast the deciding vote on major pieces of legislation.

Those responsible for shooting up two Duke Energy substations in Moore County, cutting off electricity to more than 40,000 people, could face decades in prison if apprehended and convicted.

Destroying or conspiring to destroy an energy facility, like a substation, carries a maximum sentence of 20 years in prison if the damage exceeds $100,000 or causes a “significant interruption or impairment of a function” of the facility. If convicted, the perpetrators could also be fined up to $50,000 on each count.