Is Satashi Nakamoto really Craig Wright -- and the mystery man behind Bitcoin? 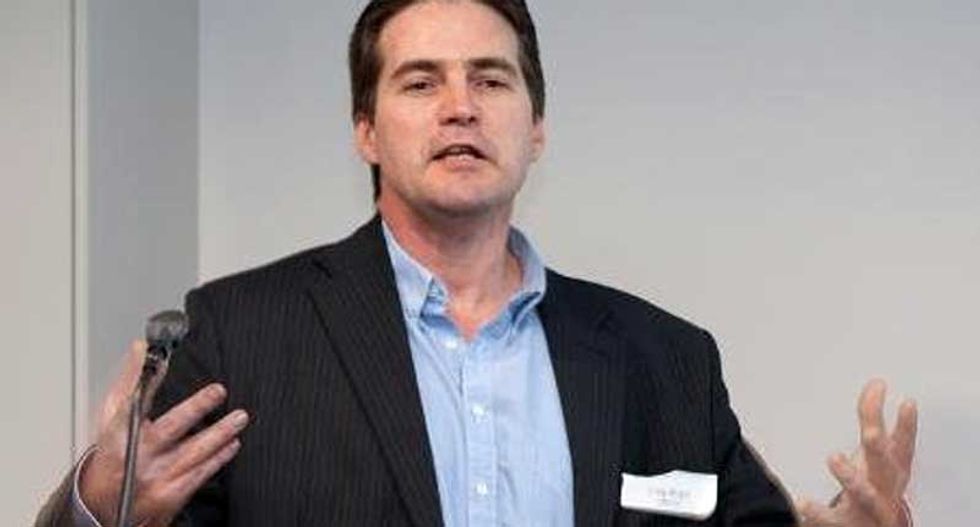 Australian Craig Wright, who has been linked to the creation of Bitcoin. Photograph: soldierx.com

Separate investigations by US tech publications suggest an Australian could be at the heart of the cryptocurrency and may even be Satashi Nakamoto. How certain are the claims – and why was he raided by police on Tuesday?

Craig Wright has been named as one of the mystery men who could be behind the cryptocurrency Bitcoin. Both Gizmodo and Wired published investigations on Wednesday alleging he was the previously anonymous founder of the currency, known by the pseudonym Satoshi Nakamoto.

But without an admission from Wright, these claims are based largely on documents that have not yet been verified. On Wednesday it also emerged the New York Times decided not to pursue the story. Reporter Nathaniel Popper tweeted that while the emails were convincing, he thought Wright “didn’t match” because of his writing and personality.

The story took a dramatic turn on Wednesday, hours after the news broke, when Guardian Australia revealed the Australian federal police had raided Wright’s property in North Sydney.

So is it all a hoax, or could Craig Wright really be one of the founders of bitcoin? And what do we know about Wright and his background in Australia? Here’s what we know so far about the mystery man at the centre of this strange story.

Who is Craig Wright?

Craig Wright is an Australian IT and security consultant. He describes himsel as a “senior management executive information security specialist” on his Linkedin page.

On this page, he claims to have a number of connections with Australian government institutions, and says he has been involved in cyber security and defence. He also lists himself as an academic at Charles Sturt University.

There are also records of his conversations listed on the Cypherpunks site, which include archived email chats from more than 20 years ago.

What do people in the Australian academic and tech community know about Wright?

On learning the news, responses have ranged from scepticism to outright disbelief.

A series of articles written by Wright have been published on the Conversation. Dr David Glance, a regular contributor to the site, sometimes on the topic of bitcoin, said he doubted Wright had created bitcoin.

“There’s absolutely no way in hell that this guy is involved. He was full of himself back then.

“He never talked about bitcoin, he never wrote about it. He was a sort of security person, a consultant to the industry, and he kept writing articles about how Anonymous were evil, and the evils of hacking – all the rest of it.”

He suggested the news outlets had been “set up”.

Paul Dalgarno, deputy editor of the Conversation, edited four of the five articles Wright had written in his role as science editor in 2011. He said Wright pitched articles, mostly on the hacker collective Anonymous, which were commissioned on merit.

“That was basically it. There wasn’t a whole lot of contact beyond a pitch coming in and the article being agreed upon. There was not an enormous personal relationship.”

Dalgarno said Wright was qualified to write for The Conversation because he was an adjunct lecturer at Charles Sturt University. “The relationship was never formally terminated, with The Conversation working to an article-by-article basis.”

“In this case there was a writer who was writing on Anonymous, which was very much in the news, then it slipped off the news agenda – it was very much a case of life moved on.”

He did not edit Wright’s last piece, published in January 2011. Dalgarno said he did not have any memory of editing or corresponding with Wright four years ago.

“He filed his articles. I worked on them with my colleagues. There weren’t any disagreements or spats or any particular insight that I could give on him; he was just one among the many thousands of academics who contribute to the site.”

What’s the evidence to back up the claims in Wired and Gizmodo?

The key materials relied on by the publications includes leaked transcripts, emails and records that appear to link Wright to the genesis of bitcoin.

One document published by Gizmodo appears to show records of an interview with the Australian Tax Office surrounding his tax affairs in which his bitcoin holdings are discussed at length.

During the interview, the person the transcript names as Wright says: “I did my best to try and hide the fact that I’ve been running bitcoin since 2009 but I think it’s getting – most – most – by the end of this half the world is going to bloody know.”

Guardian Australia has been unable to independently verify the authenticity of the transcripts published by Gizmodo, or whether the transcript is an accurate reflection of the audio if the interview took place. It is also not clear whether the phrase “running” refers merely to the process of mining bitcoin using a computer.

An email to a Clayton Utz lawyer identified as Wright’s lawyer in the ATO transcripts was sent from an address linked to Nakamoto and is signed “Craig (possibly).”

The email discussed whether contact should be made with Australia’s then assistant treasurer Arthur Sinodinos in January 2014 over the regulatory issues in Australia surrounding bitcoin. Sinodinos’s office has not responded to questions about whether he received any correspondence from Wright or his lawyer.

What kind of businesses has Wright run?

Wright has been involved in computer security firms in Australia for many years. His businesses have also been involved with cryptocurrency. Demorgan Ltd , which Wright was previously involved in, states that it is “focused on alternative currency, next generation banking and reputations and education products with a focus on security and creating a simple user experience.” It also said it had completed a number of bitcoin research projects.

A decade ago Wright was also charged with and convicted of contempt of court. He found himself in a major dispute with an investor, Michael Ryan, who had agreed to invest $50,000 in Demorgan Information Security Systems Pty Ltd in exchange for 5% of its shares. The business arrangement contained a non-compete clause, but several months after the agreement was made Wright and his wife resigned as directors and began business in another company.

An injunction was granted by the New South Wales supreme court preventing Wright from approaching the company’s customers or providing services to a major customer, but Wright breached the court’s orders by contacting a number of clients. In a critical judgment, he was found guilty of contempt of court.

The judge said his “pattern of behaviour constituted deliberate defiance of the undertakings, in my view.” He also said that Wright’s “deliberate flouting of his undertaking makes this a serious offence. His lack of contrition exacerbates its seriousness”.

Wright was sentenced to 28 days’ imprisonment. The order was suspended and he was instead required to perform 250 hours of community service. Wright attempted to appeal against the decision to both the court of appeal and the high court , but both applications were refused.

Wright also had a bankruptcy petition brought against him by Ryan, but this petition was later withdrawn.

Why was Wright’s home searched by police?

The Australian federal police has denied that raids on his property and his offices in the suburb of Ryde are linked to the claims that Wright may be behind bitcoin.

A police spokesman told Guardian Australia the raids relate to an Australian Tax Office investigation that is ongoing. A spokeswoman for the organisation said it was unable to outline details of individual tax affairs and refused to comment on the raids.

If the raids are not linked, the timing – shortly after Wright’s name was made public – is likely to continue to raise questions.

Wright previously challenged a ruling about his taxation affairs in the Administrative Appeals Tribunal. The decision from those proceedings is not available online, but a spokeswoman from the tribunal confirmed that Wright did have proceedings before them.

Where is Wright now?

It’s not clear, but his landlord told Guardian Australia that Wright and his wife were planning to move to London.

Garry Hayres said that he had leased the property to Wright and his wife, Ramona Watts, in November 2012.

He only met Watts, “a lovely lady”, but said the couple were “typical tenants. They didn’t look after the place fantastically, but it wasn’t their home. They didn’t seem bad.”

He said they switched from a full lease to month-by-month about six months ago, before informing him in the first week of December of their intention to leave.

Wright told him they were moving to London in December; he would go first, then Watts would follow. The couple extended the lease by an extra week, taking them to the first week of January.

A neighbour said a huge container arrived about a month ago, followed by a small remover’s truck in the first week of December.

Wright’s blog was taken down on Wednesday morning, and his Twitter and Google+ accounts have been deleted.