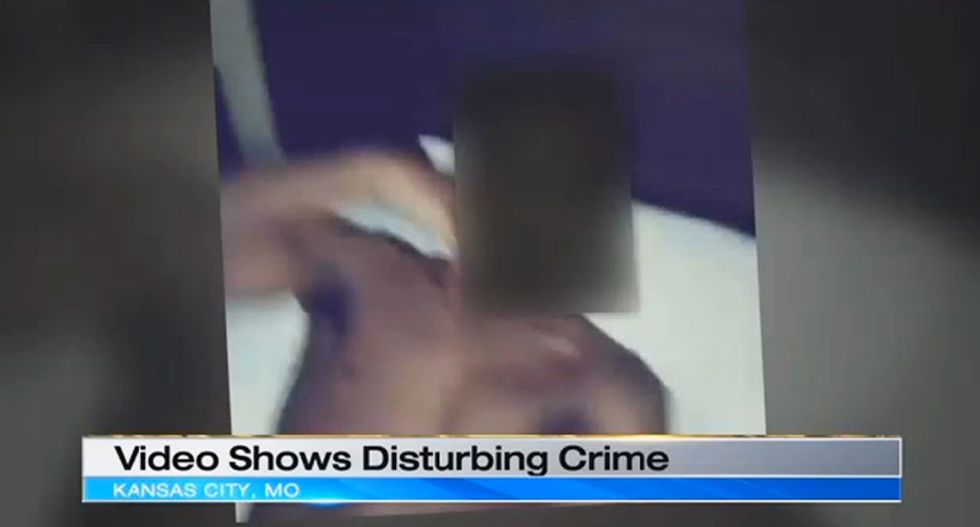 Police in Kansas City are investigating two high school students after they posted a video of themselves sexually assaulting an unconscious teen in a motel room hoping to get "likes" from their friends.

According to KCTV, the unnamed students who attend high school in the Raytown School District posted the video over the weekend after they met the girl at a local pool hall before going to a motel where they sexually molested her. In the video, the girl appears to be unconscious with her blouse pulled up exposing her bra and wearing nothing below the waist

Instead of getting approving clicks from their friends, the two teens were excoriated for attacking the girl, with comments telling them they were only causing her more pain by posting the video.  The video was then taken down, but not before a portion of it was saved by a viewer who took  screenshots and turned them over to Kansas City Police Department's cyber crime unit.

The unnamed victim posted on her own Facebook page that it was her in the video and called for her two attackers to be prosecuted.

Police have spoken with school officials who responded with a statement saying:"The Raytown School District has been made aware of accusations against two students in an off-campus incident. While we cannot control choices made by students outside school hours, we will cooperate to assist police in any way we can."

Watch video of the KCTV report below: