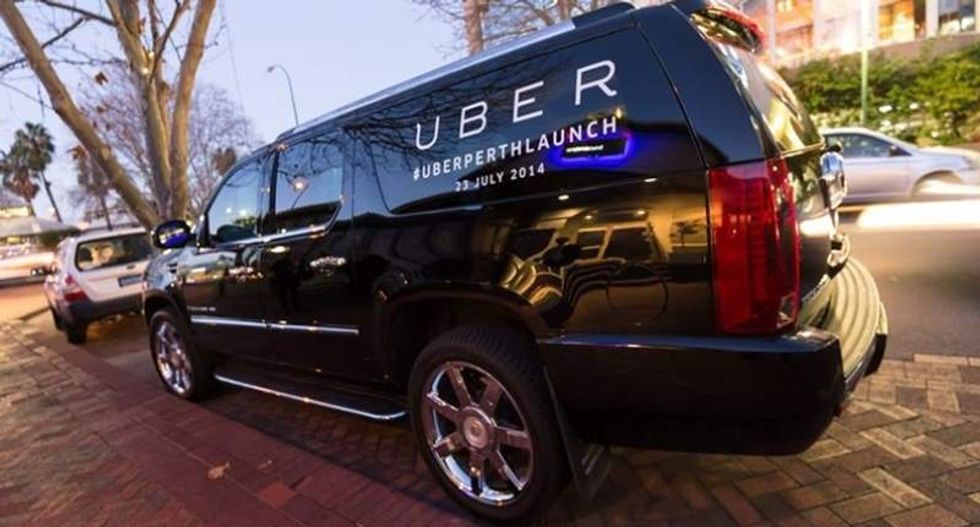 State legislators in Ohio and Florida are moving ahead with regulations governing Uber and other ride services that would designate all drivers as independent contractors, bolstering a critical but much-disputed aspect of Uber's business model.

The contractor provisions of the current and proposed laws in the five states have not previously been reported. Reuters reviewed the transportation legislation of more than 40 states that have considered regulations for companies such as Uber and its rival Lyft over the past two years.

Uber has built its business on the contractor model, arguing that its smartphone app simply connects riders and drivers, who own their cars and pay their own expenses.

But Uber is fighting a class-action lawsuit in California by drivers who said they should be treated as employees. Many of a group of 160,000 California drivers could potentially be part of the class, according to a judge's ruling Dec. 9, and possibly be eligible for back pay and reimbursement of expenses.

The contractor requirement in the new state laws could help Uber limit the potential damage if it were to lose the California lawsuit and also head off similar challenges in other states.

An Uber spokeswoman said the company supported the Arkansas, Indiana and North Carolina laws, as well as the pending Ohio and Florida bills.

She declined to comment on the company's involvement in drafting those laws, however.

In Ohio, state Rep. Bob Hackett said Uber, Lyft, the taxi industry and other parties were involved in drafting the bill.

At one point, Uber sent five representatives to a meeting with members of the insurance industry to negotiate language in the bill, Hackett said.

The state Senate cleared the bill on Wednesday, sending it to the House. Sponsors in both houses said they expected it to be approved.

Bills on the designation of Uber drivers have also been introduced in New Jersey and Alabama but they have not been enacted.

Uber operates in more than 300 cities in 67 countries and has raised $7.4 billion from investors. Its war chest has helped fund legal and regulatory battles across the world, and lobbying efforts at the state and national levels.

A spokeswoman for Lyft, which also relies on contractors, said the company is "supportive of the legislative efforts in both Ohio and Florida as they encourage innovation and allow ridesharing to grow."

J.H. Verkerke, an employment law expert at the University of Virginia School of Law, said it was very unusual for legislation governing things such as safety and insurance to weigh in on the labor practices of companies.

"That's something legislators have rarely ever taken up, at least not in the open," Verkerke said. "Usually it just gets kicked to the courts."

Twenty seven states, and the District of Columbia, have established regulations for transportation network companies (TNCs), according to a tally from the Property Casualty Insurers Association of America. Bills are pending in at least five other states.

The TNC category was first created in 2013 in California to enable states to regulate on-demand ride services that use mobile apps.

In Florida, state Sen. Jeff Brandes said he could not recall how the independent contractor language was included in the pending bill. The legislation passed a House committee on a bipartisan 10-1 vote.

“In Florida we want to be an inviting economic climate for people exercising their own liberty, to make their own choices about employment,” said Florida state Rep. Matt Gaetz.

The variety of Uber drivers, with some working long hours and other doing it on the side, lends itself to the independent contractor model, he said.

"It is somewhat scary they are trying to bury that provision in the legislation," she said.