Live report on bank robbery interrupted when suspect runs by 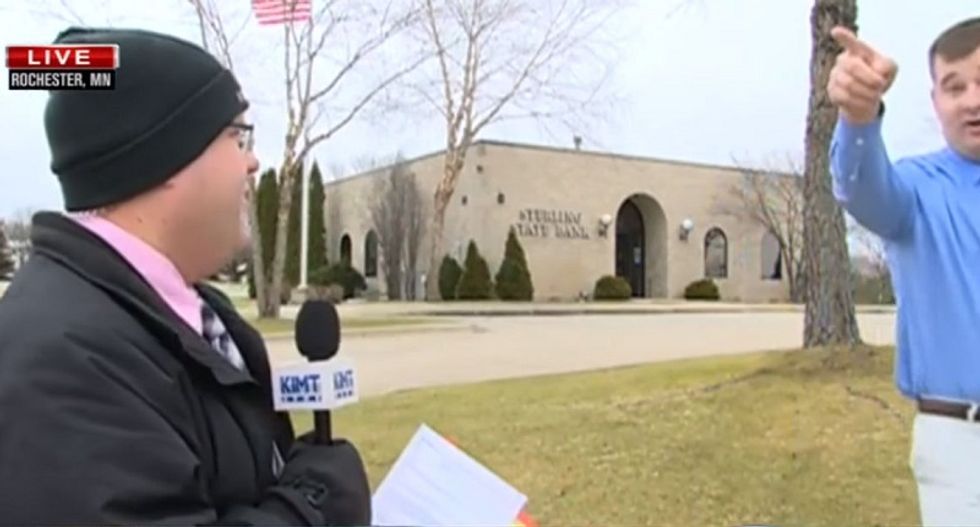 A reporter doing a live broadcast about a bank robbery was caught off guard when the suspect ran past him, New York Daily News reports.

KIMT reporter Adam Sallet was doing a live shot outside Sterling State Bank, which had just been robbed. When Sallet starts his report, a bank employee can be see running up behind him on his left. He points to Sallets right and says, "That's the robber."

Sallet then points out that it's live television.

"That's the robber that just went by according to the bank employee," he says into his mic. "So I gotta go here, and call 911. I'll talk to you later!"

Watch the live report, as posted to YouTube, here: