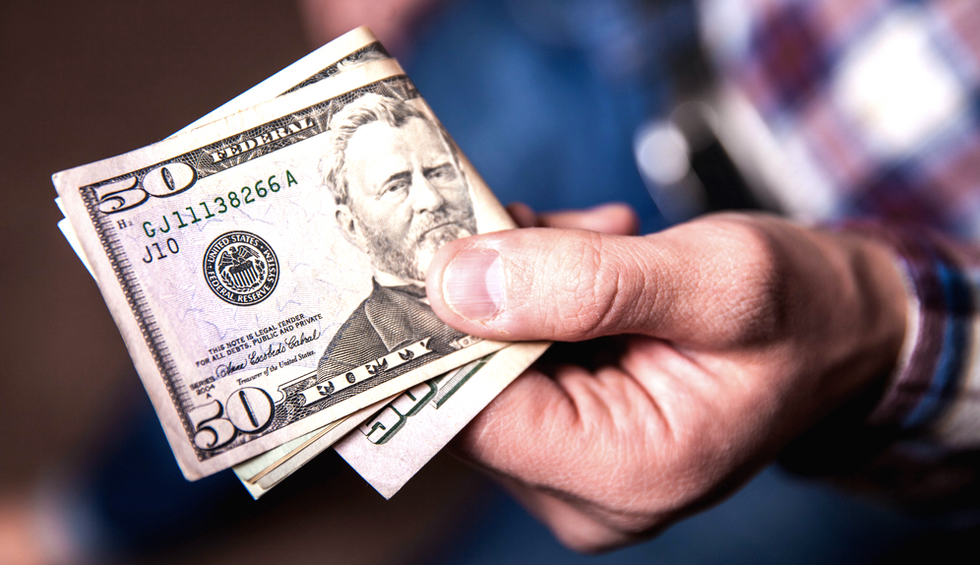 A longtime Wal-Mart maintenance worker was fired last month after he returned $350 in cash that he found in the New York store's parking lot.

Michael Walsh said his manager told him he had waited too long -- 30 minutes -- to return the cash, reported the Times-Union.

"The only thing I did wrong was hesitate," Walsh said. "I didn't steal anything. They didn't give me any warning. They just fired me."

The 45-year-old Walsh, of Schenectady, was fired Nov. 6 -- the same day that 52-year-old Thomas Smith, of Albany, was fired by another Wal-Mart for redeeming $2 worth of cans and bottles left behind in a shopping cart.

Smith's firing prompted demonstrations and a boycott that lasts through Jan. 1.

Walsh said he initially found a $5 bill in the parking lot and turned it over immediately to a manager.

When he went back outside to pick up garbage and corral shopping carts, Walsh found a stack of bills in the parking lot.

Walsh picked up the money and finished his task, and he then counted it, stuffed it into his pocket and went inside to turn it over.

He found a customer inside yelling at a manager about money she had lost, and Walsh -- who suffers from anxiety issues -- said he got nervous and returned to work.

"I kind of froze and didn't want any trouble," Walsh said.

After he finished cleaning the bathrooms, Walsh handed the money to a manager.

A manager confronted him two days later with surveillance video that showed 30 minutes passed between Walsh finding the money and then turning it over.

Walsh said he was fired on the spot for gross misconduct after 18 years with the company.

"I enjoyed my job, I was a good employee and always got to work on time," he said. "I got treated like a common criminal."

Walsh insisted that he was never told what to do about items found outside the store, and he's upset he was fired without warning.

"I got scared and didn't go about returning the money in the right way," he said. "I told them I was sorry. I thought they would have given me a warning or suspended me. Instead, they just fired me."

He struggled to make his rent but was recently hired by a property maintenance company for $12 -- which is $3 more per hour than he made working for Wal-Mart.