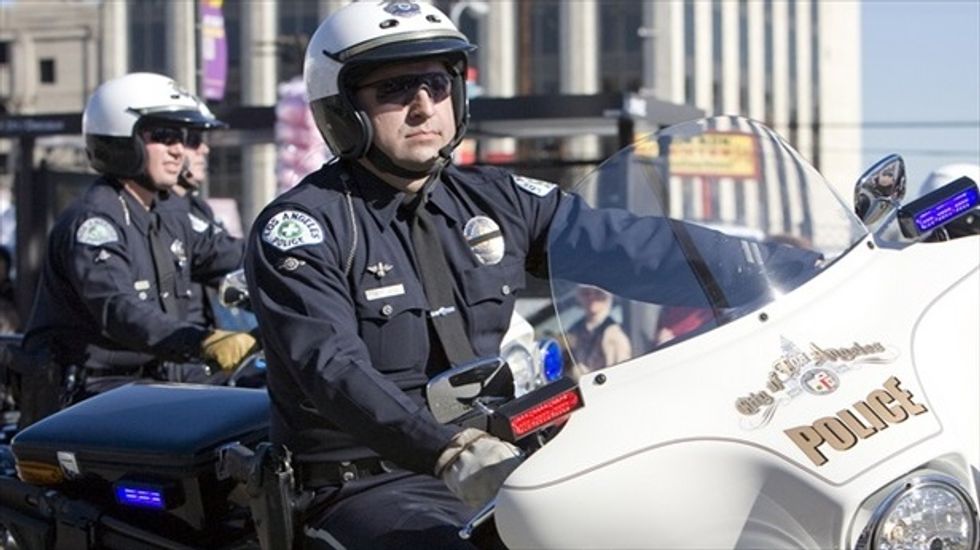 A Los Angeles police officer on Saturday fatally shot a man who officials said was reaching for a policeman's gun inside a Torrance, California hospital.

The shooting comes at a time of heightened scrutiny over police use of force in the wake of high-profile killings of unarmed black men, which have sparked waves of angry protests across the country since mid-2014.

Los Angeles Police Commander Phillip Tingirides told reporters the man had been taken on Saturday afternoon to Harbor-UCLA Medical Center for treatment after his arrest earlier in the day.

Tingirides said witnesses reported the man as being calm and cooperative until the hospital was ready to release him, at which point he allegedly attacked officers and picked up a metal stool.

Tingirides said an attempt to subdue the man with a taser was unsuccessful. A witness told police the suspect then reached for an officer's gun when the policeman fired the fatal shot, Tingirides said.

Medical staff on hand were unable to keep the man alive, Tingirides added.

The Los Angeles Times reported that Saturday's killing was the police department's 20th fatal shooting this year. The newspaper said the 26-year-old suspect was initially arrested for throwing bottles at an apartment building on Saturday morning.