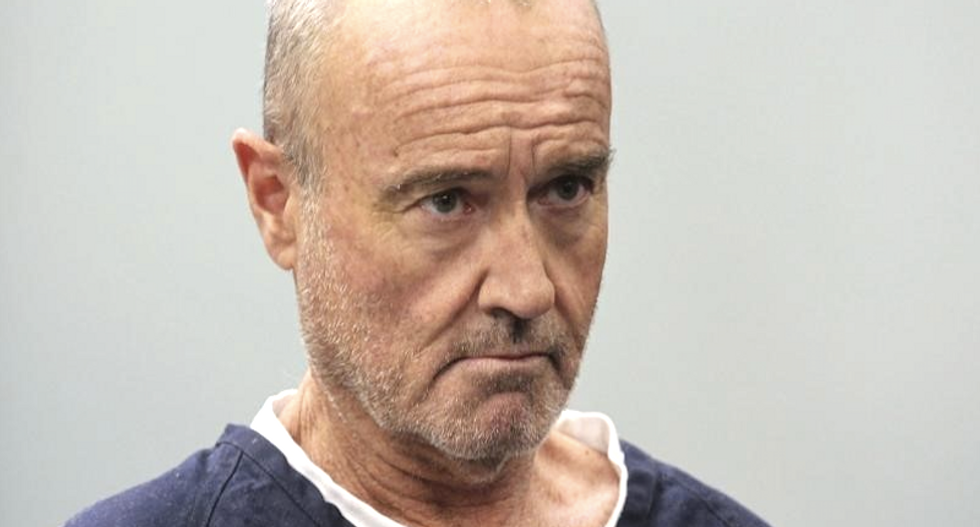 Peter Robbins looks towards the judge during his arraignment at the San Diego County Superior Court of Califorrnia January 23, 2013. (REUTERS/John Gibbins/Pool)

The man who as a child voiced the sweetly crestfallen Charlie Brown on animated television specials was sentenced in San Diego on Monday to more than four years in prison for making threats, including one against the local sheriff, authorities said.

The sentencing marks the culmination of about two years of mounting legal problems for Peter Robbins, 59.

He pleaded guilty last month to one count of threatening the manager of the mobile home park where he lived and one count of attempted threat for saying, while he was in jail, that he wanted to solicit the murder of San Diego County Sheriff Bill Gore.

A judge on Monday sentenced Robbins to four years and eight months in prison for his conviction on those counts, prosecutors said.

Robbins was 9 years old in 1965 when he became the voice of the world-weary yet optimistic title character of "A Charlie Brown Christmas," a holiday classic that was the first of many animated TV specials based on the popular "Peanuts" comic strip by Charles Schulz.

He went on to voice Charlie Brown in "It's the Great Pumpkin, Charlie Brown," "A Boy Named Charlie Brown" and other "Peanuts" animated specials that aired in the 1960s.

His sentencing comes a month after the theatrical debut of "The Peanuts Movie," which has made over $134 million at theaters worldwide, according to tracking website Box Office Mojo.

Robbins was arrested in 2013, after he stalked an ex-girlfriend and terrorized the surgeon who installed her breast implants, according to court documents.

In May 2013, he pleaded guilty to two charges, stalking and threatening great harm. He was sentenced to eight months in residential drug treatment and five years probation, according to court records. He completed the drug treatment, but soon got in trouble again.

Since then, he has made a series of bizarre court appearances - crying through one and threatening the judge during another.

Deputy District Attorney Brenda Daly said the terms of the sentence were part of a November plea agreement.