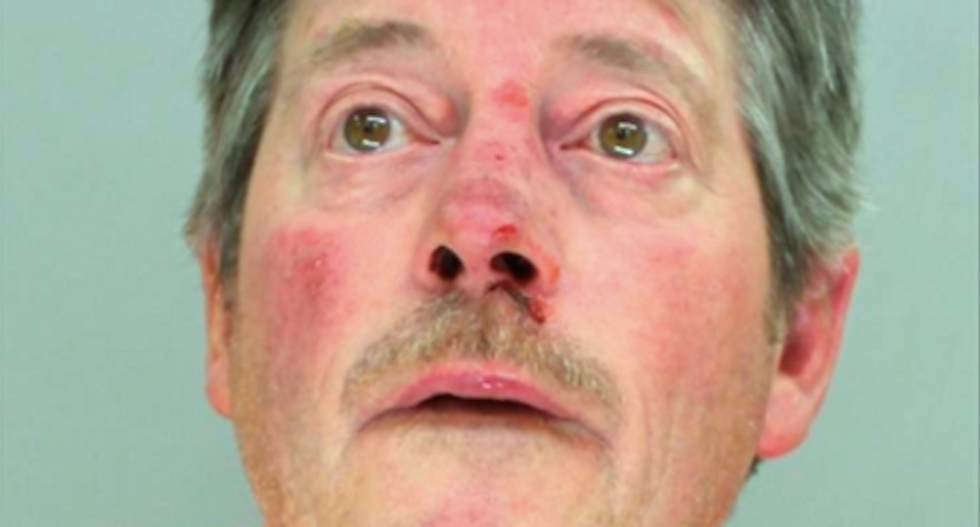 A holiday partygoer gunned down another reveler early Wednesday at a popular resort in northern Minnesota.

Sheriff's deputies arrested Kirk Bigby shortly after the shooting was reported about 12:15 a.m. at Bluefin Bay Resort in Tofte, reported the Pioneer Press.

Witnesses said the 61-year-old Bigby, of nearby Finland, and the victim had been at a casino-style party for employees of the Bluefin Grille went they left to go outside.

Bigby came into "physical contact" with the victim before pulling a handgun and shooting him dead, police said.

Police located Bigby in a guest room at the resort and arrested him.

Officers said Bigby was uncooperative during the arrest, and he suffered minor injuries in a struggle with police.

Investigators said they found a handgun in the room where Bigby was hiding.

Witnesses said Bigby was an employee of the lodge, and the victim was working for another company that was providing services for the holiday party.

The victim's name has not yet been released.

The shooting came nearly a week after a Muslim man and his wife opened fire on his co-workers, killing 14 people, during a holiday party in San Bernardino, California.

That shooting has been described as a terrorist act because the shooters, who were killed hours later during a gun battle with police, had expressed support of Islamic State militants.

A Fox News analyst suggested that Americans should be suspicious if a guest named "Syed," as the California shooter was called, left their party and suggested they call the police.

It's not clear if any other guests were suspicious when Bigby left the holiday gathering, but guests said the victim and the suspect had argued several minutes before the shooting.

"A couple of guys were arguing," said one guest. "I have no idea what it was about."

Bigby was booked into the Cook County Jail on a preliminary charge of second-degree murder.

The shooting was the county's first homicide since 2001.

"Things like this never happen here," said partygoer Lyric Johnson, 18, who said she scrambled after hearing the gunshots. "It was really weird."