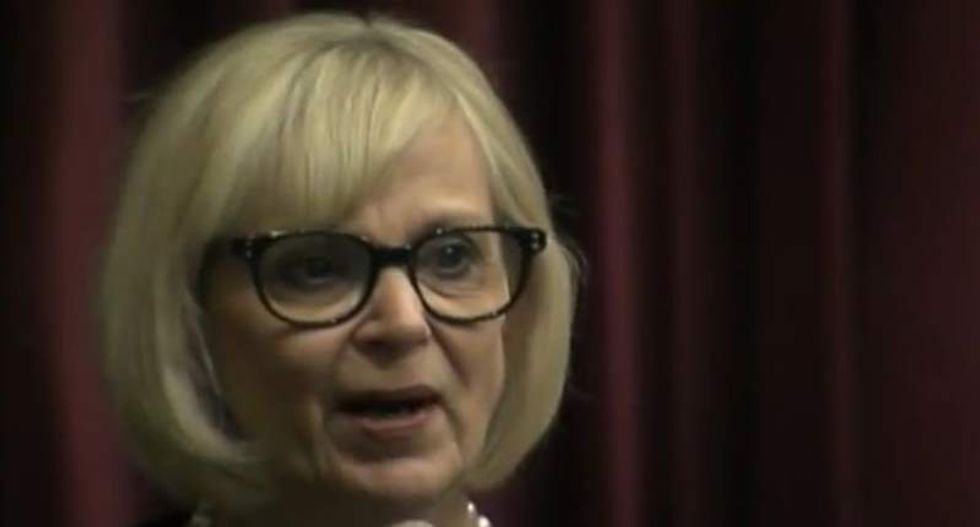 Gun buyers in Missouri would be subject to the same 72-hour waiting period as women seeking abortions, according to a bill filed by a Democratic state lawmaker, the Columbia Tribune reported.

State Rep. Stacey Newman's (D) proposal, House Bill 1397, would also require buyers to watch a 30-minute video covering fatal gun injuries while accompanied by a licensed gun dealer. The dealer would also have to be located at least 120 miles from the buyer's home.

Buyers would also be required to meet with a physician, who would evaluate them to see "if such firearm purchase would increase such purchaser's risk of experiencing an adverse physical, emotional, or other health reaction" 72 hours before being allowed to purchase the gun, among other requirements.

"If we truly insist that Missouri cares about 'all life,' then we must take immediate steps to address our major cities rising rates of gun violence," she said in a statement, adding, "Since restrictive policies regarding a constitutionally protected medical procedure are the GOP’s legislative priority each year, it makes sense that their same restrictions apply to those who may commit gun violence. Our city mayors and law enforcement drastically need help in saving lives."

St. Louis magazine reported that the bill was pre-filed for next year's legislative session, where it is likely to be rejected by the Republican-controlled legislature.

"It is apples and oranges," said Munzlinger, who earlier this week proposed repealing a state ban on carrying concealed firearms onto college campuses. "There is no correlation between them."