Muhammad Ali: There is 'nothing Islamic' about Paris and San Bernardino shooting attacks 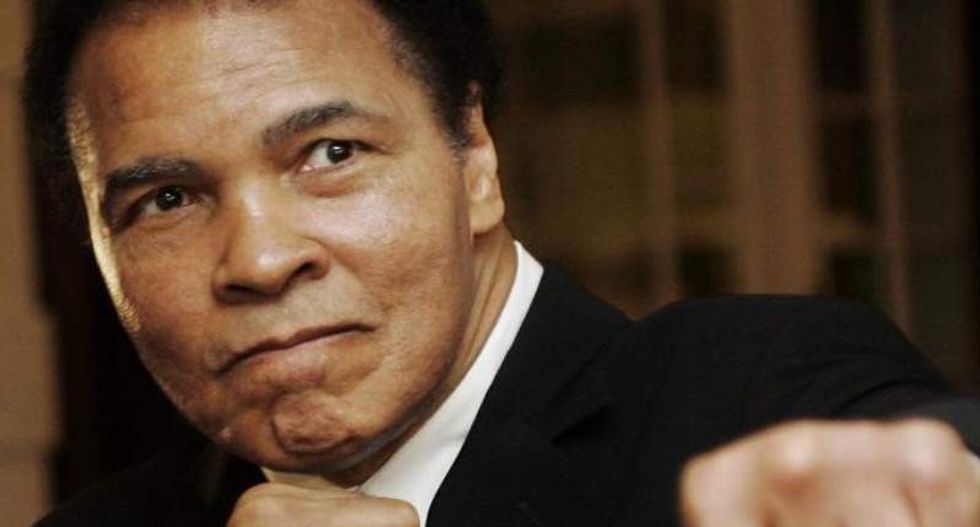 Former boxing champion Muhammad Ali, one of the best-known U.S. Muslims, appeared on Wednesday to join the chorus condemning the proposal by Republican presidential front-runner Donald Trump to temporarily stop Muslims from entering the country.

"We as Muslims have to stand up to those who use Islam to advance their own personal agenda," Ali, 72, said in a statement that appeared in a report by NBC News headlined: "Presidential Candidates Proposing to Ban Muslim Immigration to the United States," but did not actually name Trump.

The Louisville, Kentucky-born Ali, a three-time world heavyweight champion who joined the Nation of Islam in 1964 and later converted to Sunni Islam, also took aim at Islamist extremists.

"I am a Muslim and there is nothing Islamic about killing innocent people in Paris, San Bernardino, or anywhere else in the world," Ali said in the statement. "True Muslims know that the ruthless violence of so called Islamic Jihadists goes against the very tenets of our religion."

"I believe that our political leaders should use their position to bring understanding about the religion of Islam and clarify that these misguided murderers have perverted people's views on what Islam really is," he said.

Robert Gunnell, a spokesman for Ali, said later the statement "was not a direct response to Donald Trump. This statement was Muhammad Ali's belief that Muslims must reject Jihadist extremist views."

Asked by Reuters why the headline on the statement was later changed to "Statement from Muhammad Ali Calling on all Muslims to Stand Up Against Jihadist Radical Agenda," Gunnell said in an email it was "not meant toward Trump so we edited the headline."

Trump, who is seeking the Republican nomination for the November 2016 presidential election, has been harshly criticized by world leaders and fellow Republicans for saying on Monday that Muslims, including would-be immigrants, students and tourists, should be blocked from entering the country.