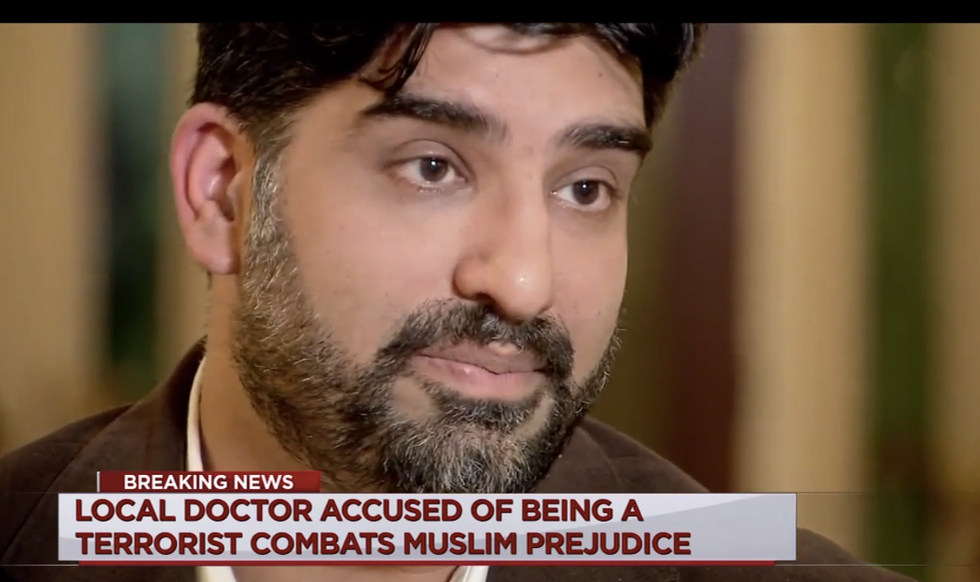 A Muslim anti-radicalization advocate was detained by authorities after landing at Houston's Hobby Airport because other passengers on his flight from Newark thought he looked suspicious.

According to ABC News, Dr. Bilal Rana is an anesthesiologist who was returning home to Houston after a conference in New Jersey when he was taken into custody and interrogated.

Rana -- who is the president of the Ahmadiyya Muslim Youth Association, a youth group that seeks to prevent Muslim teens from embracing radicalism -- said that he believes another passenger profiled him based on his appearance and acted out of fear. Flight crew deactivated the wireless Internet on his flight from Newark and he was greeted by the FBI on landing.

After an hours-long ordeal -- which took place on Nov. 15 -- Rana wrote about his experience for Time magazine that told readers "I'm not your enemy. I'm your biggest ally."

"To those who saw me as a threat," he wrote:

I hope you never feel the humiliation of having your belongings confiscated out of your hands, or being surrounded by cops who refer to you as 'the subject' on their walkie talkies. I hope you never have to, for the first time in your life, sit in the back of a police car.

I hope you get a chance to explain who you are before you are judged. I’m not your enemy. I’m your biggest ally."

The 36-year-old father of five told ABC that the run-in with authorities embarrassed and humiliated him more than it angered him.

"It was embarrassing, very embarrassing that I could be assumed to be that type of person. It hurts, but I don't profess to be a victim. I understand law enforcement has to do their job and I respect and support them. I always have," he said.

"I recognize this as an opportunity to any Muslims out there, I'd want them to be patient, be graceful, rise above it," he urged.

"My intention is to try to bridge this gulf between Muslims and non-Muslims. We need to talk to each other," he concluded.