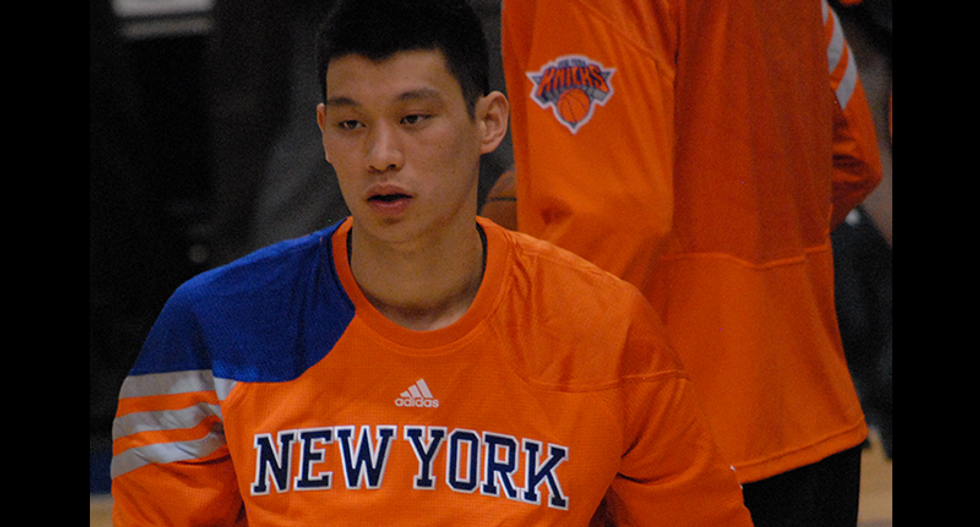 NBA player Jeremy Lin might be the point guard for the Charlotte Hornets, but he's also a vulnerable human being just like the rest of us. Lin posted a recent story from The Atlantic that examines the high rate of suicide in Silicon Valley on his Facebook page, but it was what he said about the article that will surprise you.

Lin went to school in Palo Alto, California, the home of Stanford University, and the article tells the story of students at Henry M. Gunn High School just south of the University. Lin explained on his Facebook page that he felt a kinship with the pressure students today face.

"As someone who was raised in the Bay Area, I've always taken great pride in being from Palo Alto - the greatest city in the world, as far as I’m concerned," he wrote. "Like many others, I read 'The Silicon Valley Suicides' in this month’s Atlantic and it led me to reflect on my own experience at Palo Alto High School."

As a promising young basketball player, Lin had to balance after school practice and games with course work, but there was an added stress of working toward perfection in his classes. Lin wanted a scholarship to play college basketball, but he was seeking the ivy league schools.

Lin said that sometimes he couldn't sleep at night because he was too obsessed with his homework and exams. He'd wake up drenched in sweat from nightmares. The stress wasn't unique to him either, Lin had a fellow classmate that committed suicide his freshman year and a friend the year that followed.

He's obviously a achieved a great deal and is a success story. Lin may not have gotten the big scholarship that he sought, but he played basketball for Harvard University, graduated with a degree in economics and became the first Chinese-American basketball player in the NBA. The methods he learned to achieve his goals by overcoming anxiety helped him get there.

"As each year of high school passed by, I realized that even though there was pressure to be great, I had to make a personal choice not to define myself by my success and accomplishments."

The American Foundation for Suicide Prevention lists a 10.9 per 100,000 people suicide rate among adolescents and young adults in 2013. The Silicon Valley suicide rate for the last ten years is between four and five times the national average.