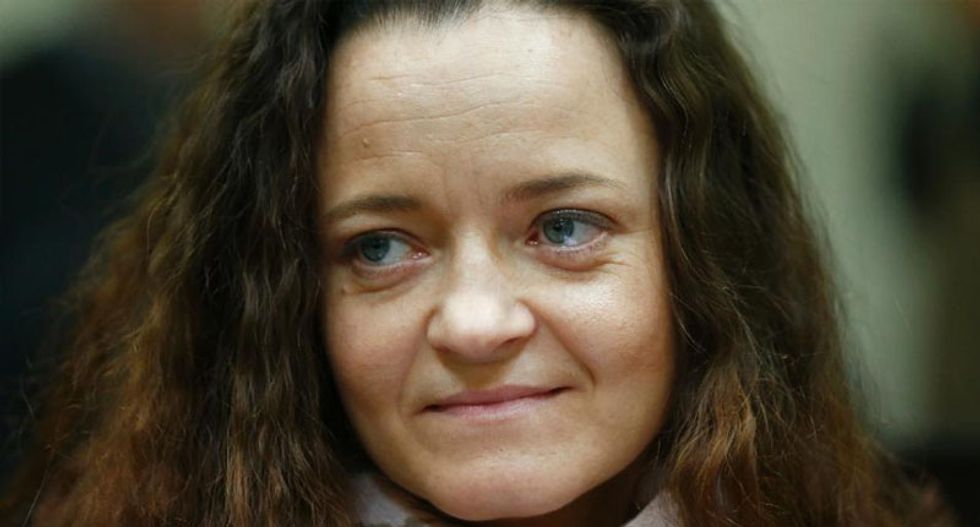 The main defendant in a landmark German neo-Nazi murder trial denied Wednesday she was involved in a killing spree targeting migrants that claimed 10 lives.

Beate Zschaepe, 40, breaking her silence after 250 days in the dock, described herself in a statement as an innocent and horrified bystander to the crimes of the self-styled National Socialist Underground (NSU).

Zschaepe for years lived in hiding with NSU neo-Nazis Uwe Mundlos and Uwe Boehnhardt, who shot dead eight men with Turkish roots, a Greek migrant and a German policewoman in a murderous spree from 2000 to 2007.

Mundlos and Boehnhardt died in an apparent murder-suicide in 2011.

Germany was shocked to discover that the killings -- long blamed by police and media on migrant crime gangs -- were in fact committed by a far-right group with xenophobic motives.

Prosecutors charge that Zschaepe was an NSU member and aided the hate crimes, also including two bomb attacks and 15 bank robberies, by covering the men's tracks, handling finances and providing a safe retreat in their shared home.

But Zschaepe, in a statement read out by one of her lawyers, insisted she was involved "neither in the planning nor the execution" of any crimes, and that she was "horrified" to learn about them afterwards.

She said she did not share the men's racist motivation and told the court: "I reject the accusation of having been a member of a terrorist organisation called NSU".

She said she stayed with the two men because she feared a jail term for complicity, and because she believed their promises not to kill again.

Zschaepe also argued she was financially and emotionally dependent on the men, who had threatened to kill themselves if she went to the police.

"I was scared of a long jail sentence, scared they would die and scared about losing Uwe Boehnhardt," she said.

"I remember pleading with them for hours to stop the killings," she said. "Mantra-like I received the answer that it wouldn't happen again. They didn't keep their word."

Later she resigned herself to her fate, she claimed in the statement read out by attorney Mathias Grasel.

"I distracted myself with computer games and drank more and more sparkling wine, three or four bottles a day" she said, adding that she increasingly "neglected the cats".