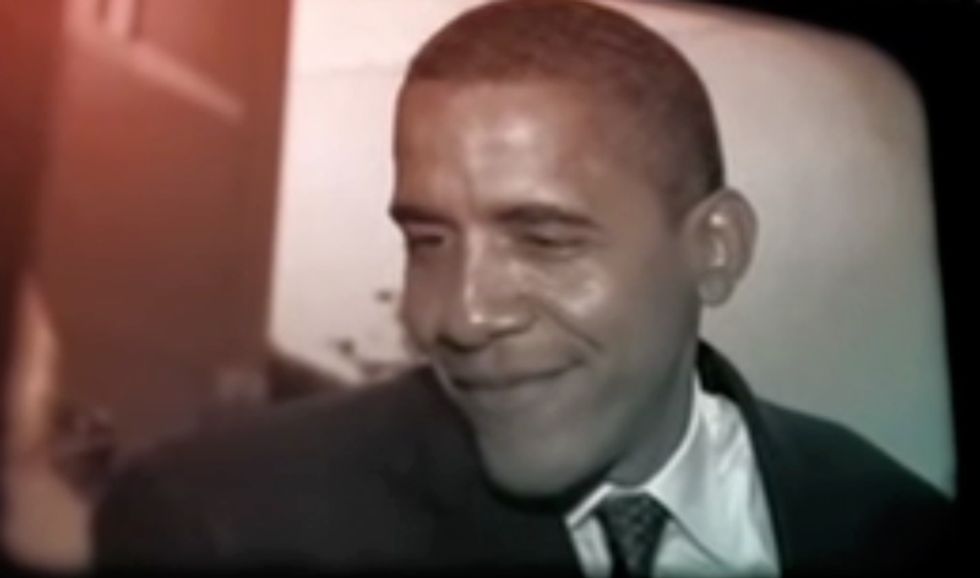 A new study clears up any lingering doubt that the Republican Party engaged in the tactic of dogwhistle politics in the 2008 presidential race between Barack Obama and John McCain. The study, which was published online this month in Public Opinion Quarterly, shows that the McCain campaign's negative ads about Obama overwhelmingly featured him with a darker skin tone in a subtle attempt to appeal to voters' racial prejudices.

Analyzing 126 advertisements from the presidential campaign in 2008, the authors first digitally measured the darkness of the two nominees’ skin in each spot, then sorted the ads into categories based on themes. President Obama and his opponent, Sen. John McCain (R-Ariz.), looked very different in various advertisements depending on how the footage was edited and produced.

That was particularly the case in negative advertisements, in which each campaign manipulated the images of its opponent to shadow or wash out his face for dramatic effect.

Here's the spot in question:

According to the study's authors, 86 percent of the ads featured images of the president with a skin tone that fell into the darkest quartile of the ads they looked at.

As the Post reports, the closer the election got, the darker Obama's skin became in McCain's desperate ads. And while Obama's skin darkened, McCain's skin grew lighter and pastier.

While the Washington Post and the study stop short of calling the strategy intentional, we won't. After all, per the Post: A large body of evidence shows that racial prejudices are stronger against African Americans with darker skin. For example, jurors are more likely to sentence to death black defendants with stereotypically African facial features, even when accounting for the severity of the crime."

Another study, by Solomon Messing of the Pew Research Center, Maria Jabon, a software engineer who works for LinkedIn and Ethan Plaut at Stanford University measured voter's responses to Obama's skin tone in photos and found that when his skin was darkened, respondents matched words corresponding with anti-black stereotypes, like "crime" and "lazy."

Dogwhistle politics is alive and well in the Republican Party today, with Donald Trump's fear-mongering about Mexican immigrants and Muslims and Jeb Bush's comment that black voters might not get "free stuff" if he wins the White House.