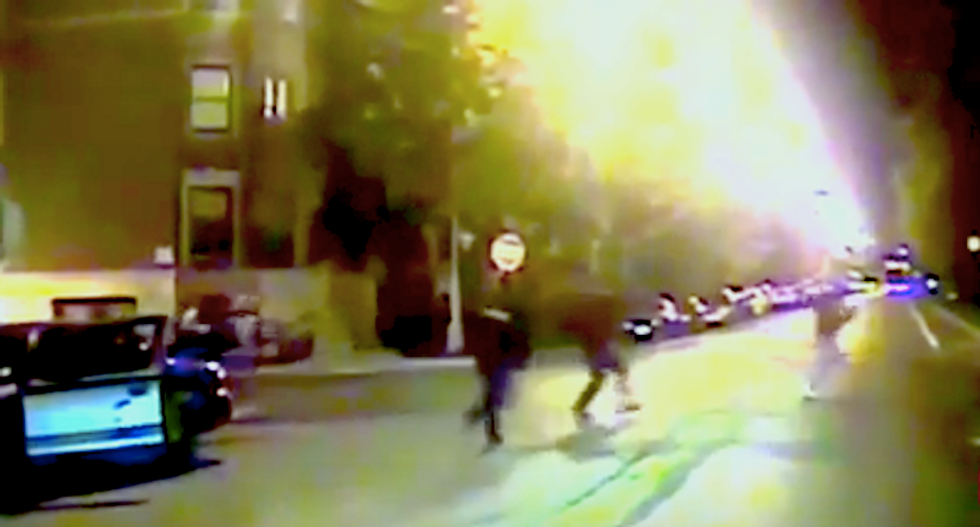 Prosecutors have decided not to file criminal charges against a Chicago police officer who killed a black man last year.

Alvarez said Officer George Hernnadez's actions were "reasonable and permissible" when he shot the fleeing Johnson in the back because the suspect was running toward a police vehicle and public park.

Prosecutors sent the video to an FBI laboratory to establish visual proof that the 25-year-old Johnson was carrying a gun as he ran from police on the city's South Side.

Assistant U.S. Attorney Lynn McCarthy said officers saw the weapon in Johnson's hand after he fell to the ground.

The loaded gun was connected to a 2013 shooting, investigators said, and a witness suggested Johnson may have planned to shoot someone who fired gunshots at the car he was riding in shortly before he was killed.

Police said Johnson resisted arrest and then fled when officers responded to a report of shots fired.

An attorney for Johnson's mother said Hernandez fired five times within two seconds after Johnson got out of the car.

The fatal shot traveled through his shoulder, severed his jugular vein and exited his eye socket, the Tribune reported.

The attorney said police found the "old and rusty" pistol after Johnson was killed, and he said the gun cannot be seen in video footage -- which was turned over as part of a wrongful death suit.

"There was nothing in his hand, not a gun, a cellphone, a bottle of water — nothing," said attorney Michael Oppenheimer.

Johnson was killed eight days before another officer shot and killed Laquan McDonald.

The 17-year-old McDonald was armed with a knife as he fled, and Officer Jason Van Dyke faces first-degree murder charges in the teen's death.

Video of that shooting was released two weeks ago, setting off protests of Chicago's use of force policies and calls for Alvarez's resignation.