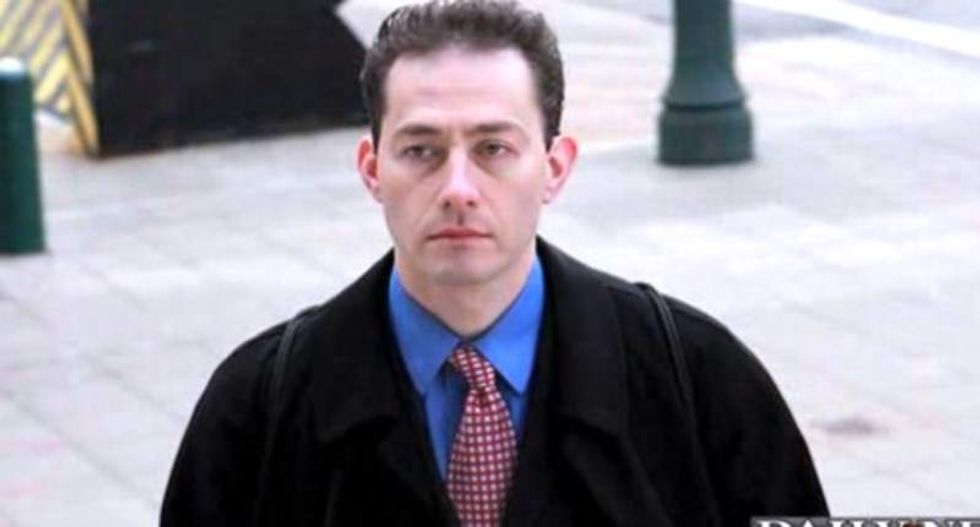 Former stockbroker Rod Covlin is accused of murdering his wife and then attempting to sell his 13-year-old daughter. (New York Daily News)

Jurors in Manhattan Superior Court heard audiotape indicating that a 42-year-old stockbroker and competitive backgammon player not only killed his wife, but tried to arrange a marriage between his 13-year-old daughter and a man living in Mexico in an effort to gain access to a $1 million trust fund created for the girl, the New York Daily News reported.

Note: Video at the bottom of this story plays automatically.

"Some Mexican law firm can handle it, make sure it gets done properly," Rod Colvin was heard saying on the tape, which was recorded in 2013, four years after he allegedly strangled his wife, 47-year-old Shele Danishefsky, to death.

Colvin faces murder charges after being arrested on Nov. 1 in connection with Danishefsky's death, not long before he was slated to gain control of her $4 million estate. Prosecutors said the suspect also planned to "kidnap his 13-year-old daughter, take her to Mexico, and pay some Mexican $10,000 to marry her so that she'll no longer be a minor."

According to the Inquisitr, the couple had already obtained a religious divorce but were still married under New York state law at the time of Danishevsky's death. Prosecutors said that Colvin killed her after finding out she planned to remove him as a beneficiary in her will.

However, Colvin's attorney, Robert Gottlieb, said during a hearing on Monday that his client was caught speaking out of desperation out of fear of losing custody of the girl.

"He did something that looking back even Mr. Colvin would say obviously he shouldn't have done," Gottileb said. "But it was not, again, money. It was to protect his children."

A judge ruled during the hearing that Colvin be held without bond and not allowed to either have visitors during his imprisonment or make personal phone calls, after prosecutors argued that he could try to influence potential witnesses.

Watch the Daily News report, as posted on Monday, below.