Obama says no 'credible' info of pending attack on U.S. 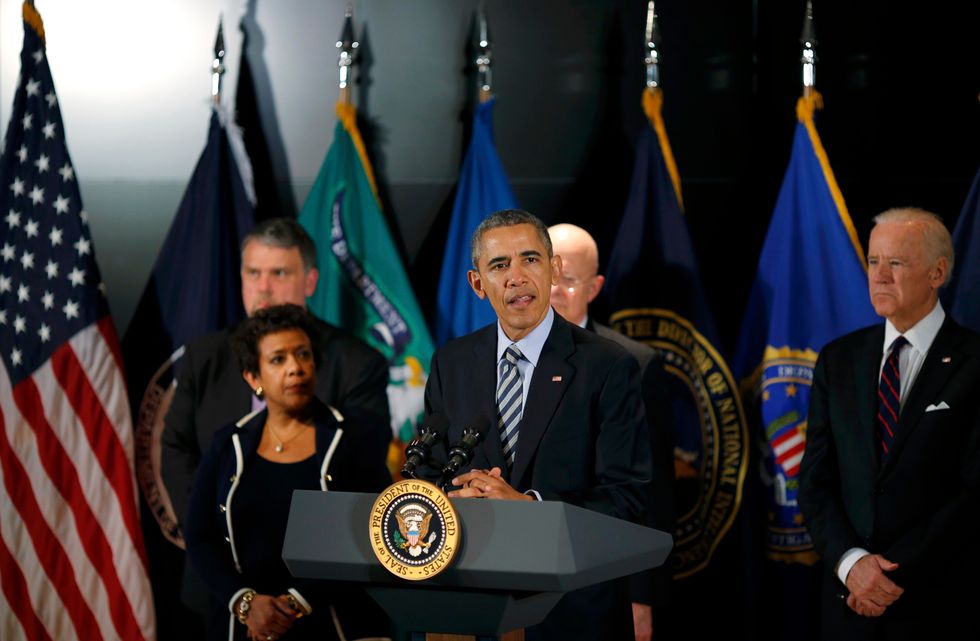 President Barack Obama said on Thursday U.S. intelligence professionals did not have any specific or credible information about a pending attack on the United States and Americans would prevail over the threat of terrorism.

Obama, speaking to reporters during a visit with advisers at the National Counterterrorism Center outside Washington, warned the U.S. public to remain vigilant going into the holiday season.

"When terrorists pull off a despicable act like what happened in San Bernardino, it tears at our hearts, but it also stiffens our resolve to learn whatever lessons we can and to make any improvements that are needed," he added.

Obama noted, as he has before, that the U.S. government had taken significant measures to protect the United States since the September 11, 2001 attacks, though he added that it was natural for Americans to be anxious after the deadly incidents in Paris and California.

"We've prevailed over much greater threats than this. We will prevail again," he said.

Obama has made a series of statements in recent weeks to reassure Americans about the U.S. security situation, including an address to the nation from the Oval Office earlier this month.

Republicans have criticized the Obama administration for not doing enough to counter the threat of Islamic State militants.