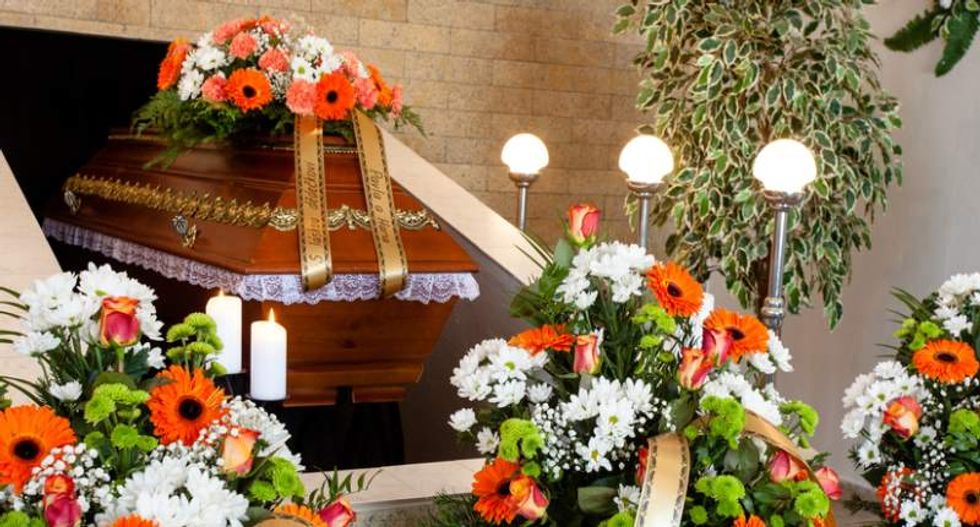 Republican lawmakers in Ohio have proposed a bill that would require women seeking abortions to choose whether to have the tissue buried or cremated, the Columbus Dispatch reported.

Abortion providers who fail to comply with the woman's choice would be charged with a first-degree misdemeanor and could spend up to six months in jail. Women seeking the procedure would be required to state their preference in writing, which would then be kept in state records.

The provider would be forced to pay for whichever procedure the patient chose. Cremations can cost around $1,100, but reportedly can be ordered for $699 in Ohio. Burials, however, can cost around $7,000.

The measure is one of two bills that followed state Attorney General Mike DeWine's allegation that Planned Parenthood clinics in the state were disposing of the tissue by dumping it in a landfill. The other bill would limit tissue disposal options for healthcare providers to burial or cremation. According to RH Reality Check, similar measures have already been passed in Arkansas and Indiana, and Wisconsin lawmakers are also considering such a bill.

DeWine made the accusation after his investigation into Planned Parenthood facilities in the state found no evidence that the organization profited from the sale of the tissues.

While state House Speaker Cliff Rosenberger (R) said the bills would be "a priority in the House" when legislators reconvene in January, reproductive health advocates like NARAL Pro-Choice Ohio executive director Kellie Copeland are already criticizing the measures.

"It is just the latest in the constantly changing, medically unnecessary legal hoops that abortion providers and their patients must jump through," Copeland said in a statement.