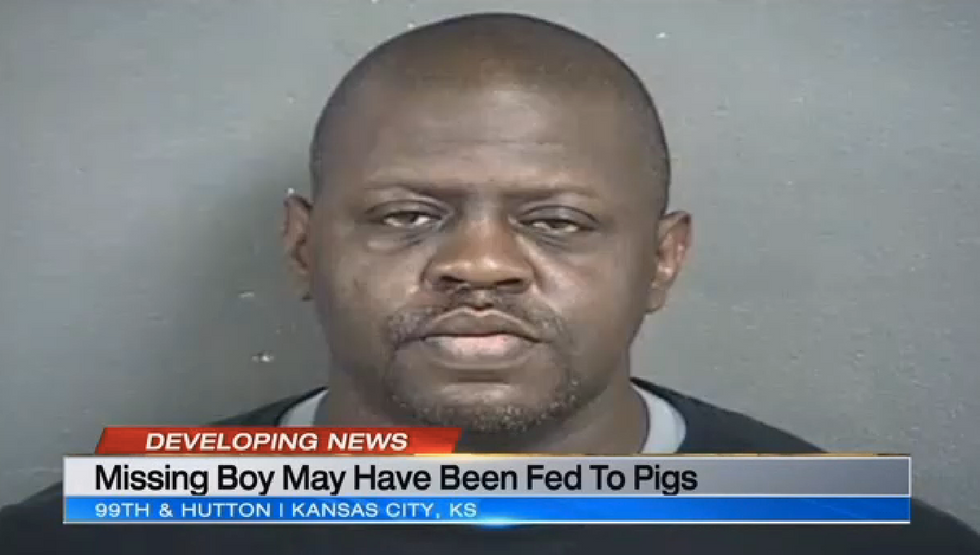 Image: Mugshot of Michael Jones who is accused of beating his son to death and feeding his body to the family's pigs (Screen capture)

The Christian homeschool lobby in the U.S. is fighting attempts by states to regulate home educators, even after the tragic deaths of children who were purportedly being taught in their homes but were actually missing for years.

According to the Associated Press, one homeschool father in Kansas reportedly beat his 7-year-old son to death, then fed his remains to the family's pigs. Advocates for home education reform say these tragedies could potentially be averted if legislators were not so cowed before the passionate homeschool lobby, who see parents' dominion over their children as a deeply personal and inviolable right.

"It's largely a conservative thing, but even progressive home-schoolers tend to resist oversight," said Rachel Coleman, of the Coalition for Responsible Home Education to the AP. "Part of it is because there is an assumption that parents always know what's best for their children."

"As many as two-thirds are home-schooling in part for religious reasons," Coleman said. "Part of that for conservative Christians is that God has given that child to the parents, not the state. The state doesn't own my child, God has entrusted my child to me."

Coleman argues that increased oversight of home educated children could alert officials to problems in families before they erupt into violence, serious neglect or murder.

The AP said that in Detroit, a brother and sister were missing for two years before their remains were found in a deep freezer in their family home. An 11-year-old Florida girl was also found murdered and frozen.

In Kansas City, Michael A. Jones, 44 is charged with beating his 7-year-old son to death and then feeding his remains to the family pigs. Authorities have found the remains of a child in the Jones' pig barn and are attempting to verify the boy's identity.

The Jones family had eight children in the home, ages 1 to 11, none of whom were enrolled in school or received any education or intervention outside the home.

Kansas City's KCTV Channel 5 said that Jones is charged with battering and assaulting his wife in late November but also with "torturing or cruelly beating" his 7-year-old son sometime between May 1 and Sept. 28

Cases like these are horrifying, but they rarely result in any kind of legislation that would increase oversight of homeschool families.

Rob Kunzman of the International Center for Home Education Research at Indiana University told the AP, "They oftentimes create a short-term effort to increase regulation in the state where it happens, but rarely does this result in increased regulation because of the influence of home-school advocacy groups."

The number of homeschooled children in the U.S. is rising. However, the estimated 1.7 million students being educated at home is still less than 3 percent of the country's school-age children.

The other 29 states require annual registration of homeschoolers. However, regulations from state to state vary, forming a patchwork of laws across the country in which too often children can slip between the cracks and disappear.

Dr. Barbara Knox, an associate professor at the University of Wisconsin School of Medicine and Public Health, told the AP that her research with five other pediatricians found that among children who authorities determined had been tortured by parents or caregivers, nearly half were homeschooled. Some 29 percent of tortured children didn't attend school at all.

"For over half, few individuals outside the abuser(s) knew of the child's existence," Knox' study found. "This social isolation typically involved preventing the child from attending school or daycare."

Watch video about the Kansas case, embedded below: