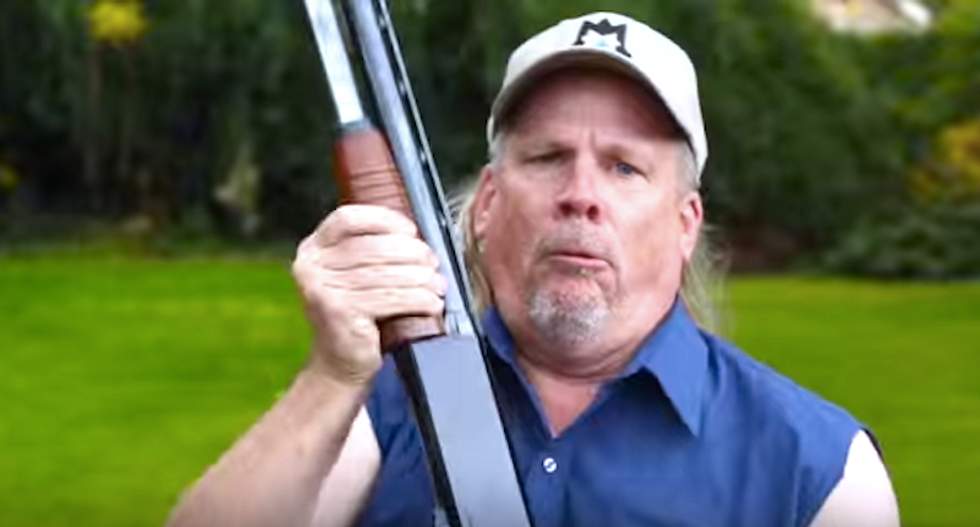 A group of Arizona conservatives are working to keep Donald Trump from winning the Republican presidential nomination.

The nonprofit Public Integrity Alliance, which has tangled with corrupt Republican lawmakers in the past, have produced a humorous music video, called "Make America Great Again," mocking Trump and his supporters to help draw attention to their efforts to influence the GOP primary race, reported the Phoenix New Times.

The country-rock song, performed by comedian Brian Nissen's redneck "Dwain" character, mockingly celebrates some of the candidate's most outlandish proposals and outrageous insults -- although in the bizarro world of the 2016 presidential race, it's not hard to imagine Trump playing the song at his own rallies.

"I've noticed that some of the Trump fans loved it," said Tyler Montague, founder and president of PIA. "They're like, 'Yeah, this is everything Trump is about, this is dead on.' We're like, 'You're kidding us, right?'"

Montague, who appears in the video as a redneck buddy, said the 501(c)(4) group -- which is not required to report its donors but cannot be used primarily to influence elections -- became motivated to act after Trump suggested a ban on Muslims in the U.S.

"When he said the stuff about Muslims, we were like, we've got to call that out and make fun of the absurdity of that," Montague said.

He blasted Trump's ideas as anti-conservative and un-American.

"I don't want to overstate it, but [Trump's] kind of a fascist," Montague said. "It's the closest thing to fascism that America's had, at least in our lifetime."