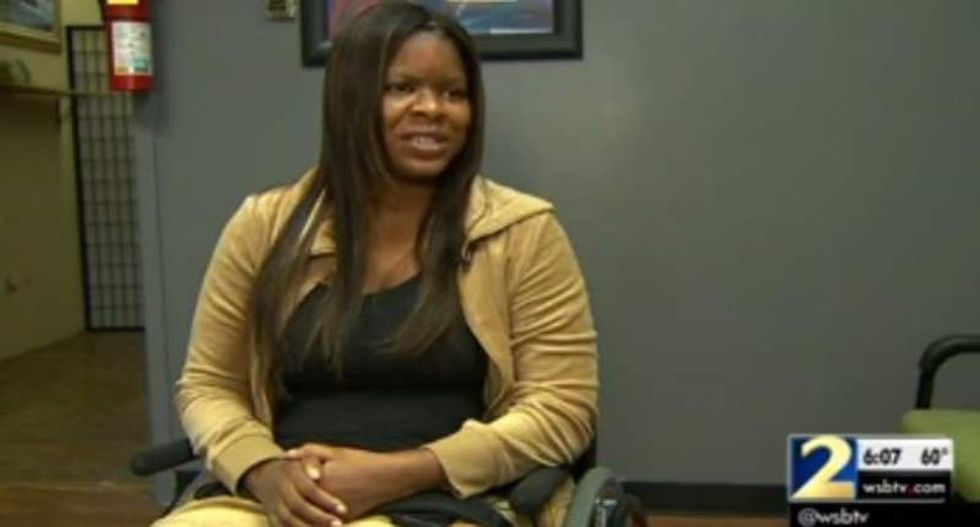 A new bill in the Georgia state Senate banning gun sales during divorce proceedings was inspired by a prosecutor's paralysis at the hands of her then-estranged husband, WSB-TV reported.

"Divorces and separations are volatile times, high emotions, and the escalation can go from zero to 100," said Fulton County Assistant District Attorney April Ross. "It's a no-brainer. That's a dangerous time for someone who's trying to get out of a relationship."

Ross, who is paralyzed from the chest down, returned to work only recently after being shot in April 2014 by Tranard McConnell less than a week after she filed for divorce. Mic reported that McConnell was later found dead in a cemetery after shooting himself.

"I know he had planned it out, purchased guns and ammunition shortly before he decided to do this," she said.

The bill would require a judge to authorize any gun purchases sought by either spouse during a divorce. Gun owner advocacy group Georgia Carry has already criticized the proposal, arguing that it eliminates due process.

"Many times emotions run high during divorce proceedings," the group said in a statement. "But prohibiting any disarmed person from their Second Amendment right is not the proper method to attack the issue."

While the bill is likely to run into heavy opposition in the Republican-dominated state Senate, but Ross has endorsed the bill. She also proposed at least one alternative version of the measure requiring one spouse to be notified if their estranged partner buys a gun in the midst of their divorce.

"I think the important thing is, it's not just about he can't get a gun, he doesn't have the right to get a gun," Ross said. "What I'm saying is put in that extra step that may have saved someone else's life."

Ross was honored earlier this month by county officials, who declared Dec. 16 "April Ross Day," as seen below.

WSB's report on Ross and the proposal can be seen below.