Prosecutors: Oklahoma ex-policeman preyed on women 'no one cared about' 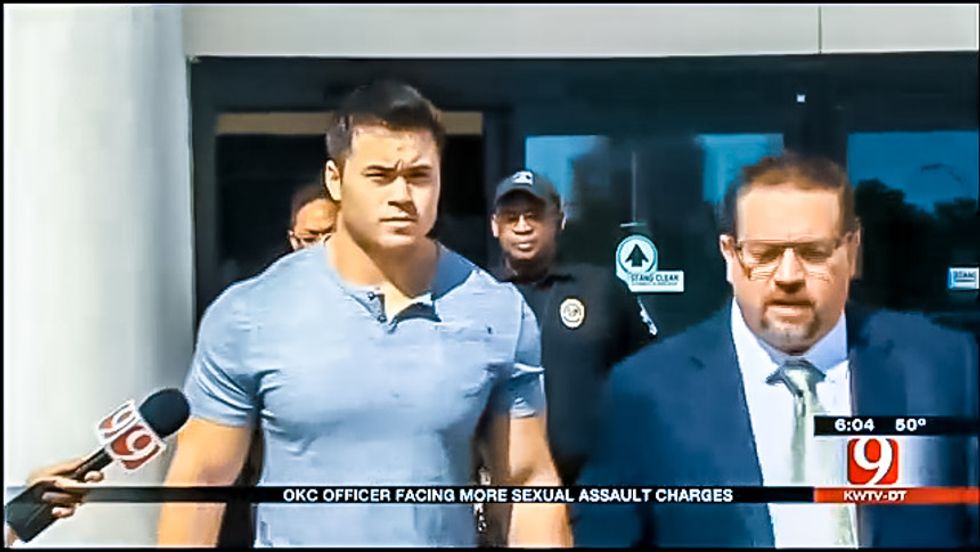 The Oklahoma City ex-police officer accused of raping women while on duty targeted those who had troubles with the law and their credibility, and became more brazen with each attack, prosecutors said in closing arguments on Monday.

Daniel Holtzclaw, 28, of Oklahoma City is charged with 36 counts of sexual assault, including six first-degree rape counts for attacks on 13 women. He could face life in prison if convicted of the most serious charges and was seen weeping when the judge read out the charges against him.

Holtzclaw targeted his victims by going after women he came across while on patrol. He ran background checks and went after those who had outstanding warrants, previous arrests or carried drugs or drug paraphernalia, prosecutors said.

They said he did this because he did not think authorities would take the victims' word over his if he had to defend himself against sexual assault allegations.

"He didn't choose CEOs or soccer moms. He chose women he could count on not telling what he was doing," prosecutor Lori McConnell said. "He counted on the fact no one would believe them and no one would care."

The defense will present its closing arguments in the afternoon.

Holtzclaw declined to testify in his defense. His lawyers have denied the accusations and said any DNA linked to him and the women came through non-sexual contact.

Thirteen of his suspected victims took the stand in the trial, which began more than a month ago, telling jurors of sexual assaults that ranged from touching over their clothing to forced oral sex and rape.

Last Wednesday the prosecution presented its final scheduled witness, a DNA expert who testified about Holtzclaw's uniform pants testing positive for DNA from a 17-year-old girl.

The girl, now 18, testified on Tuesday that Holtzclaw raped her on her mother's front porch.

Last Wednesday, defense attorneys presented their only witness, Holtzclaw’s ex-girlfriend, Kerri Hunt, who said she dated him for a year starting in March 2014. Hunt testified that Holtzclaw never made her feel uncomfortable and described his sex drive as "normal for someone his age."

Holtzclaw is mixed race white and Asian, and all of his victims were African-American. The trial comes as a series of incidents across the United States has raised questions of racial bias in U.S. policing.

Holtzclaw was fired in January 2015 after approximately three years on the job.