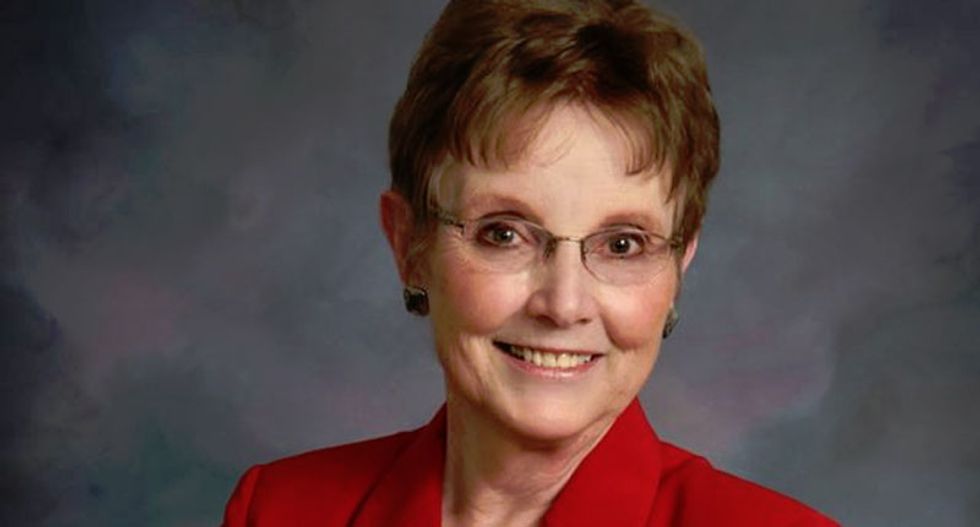 A campaign is underway to recall Rep. JoAnn Windholz, R-Commerce City, who stirred up national ire after blaming Planned Parenthood, rather than the shooter, for the murders that took place Nov. 27 at the Colorado Springs clinic.

“Violence is never the answer, but we must start pointing out who is the real culprit. The true instigator of this violence and all violence at any Planned Parenthood facility is Planned Parenthood themselves,” Windholz wrote in a statement first published to friends on her Facebook site and then released to The Colorado Independent and made public — at least, until the public responded with vitriol and she either took the statement down or made it available only to approved friends on Facebook.

Thousands blasted Windholz for her remarks, and hundreds took to her Facebook page to express disgust and demand her resignation. The Aurora Sentinel, the community paper for part of her House district, joined the chorus Wednesday, asking her to step down.

But some aren’t willing to wait. If she doesn’t resign, they plan to force her out.

Steven Cohn of Longmont and Naomi Hatfield Bigwood of Westminster, the duo organizing Windholz’s ouster, met Tuesday, online, in the comments section of The Colorado Independent’s story about the lawmaker’s statement. Cohn raised the possibility of starting a recall, and Hatfield Bigwood, who lives in House District 30, signed on to help.

By late Tuesday, the newly acquainted duo had launched a Facebook page: Recall State Representative JoAnn Windholz. As of this writing, more than 450 people have “liked” the page. Many have offered support if the recall campaign takes off.

Windholz’s remarks are “rhetorically the equivalent of shouting ‘fire’ in a crowded theater,” Cohn said. “I respect everyone’s beliefs until they talk about inflicting violence on fellow citizens…she seemed to condone anyone dying in the interest of stopping Planned Parenthood.”

“Anyone who won with such a slim margin needs to watch her words,” Hatfield Bigwood said.

Cohn and Hatfield Bigwood both told The Independent they have daughters who should not have to fight for their rights to reproductive health.

“I haven’t been active in local Democratic politics, but that’s about to change,” he said.

He plans to reach out to the Adams County Democratic Party and the state Democratic Party. He’s set a self-imposed deadline of today to come up with the wording for the recall petition, and will submit it to the Secretary of State for approval.

Hatfield Bigwood, who has always taken an interest in politics, was a Republican until several years ago, when she heard Missouri’s former Republican Congressman Todd Akin comment about “legitimate rape.” The year before, Akin sponsored legislation to change the definition of rape to “forcible rape.” The bill was co-sponsored by then-Rep. Cory Gardner of Yuma.

The GOP “no longer represented me as a woman,” Hatfield Bigwood said. Now a registered Democrat, this will be her first foray into political organizing.

Cohn said they need to collect at least 5,000 signatures to trigger a recall. That’s a little more than the required 25 percent of 18,858 votes cast in the 2014 election.

Colorado has had its share of recall elections in the past few years, all politically motivated and based on actions by elected officials. A recall based on what someone says versus official actions is unusual, said Seth Masket, a political science professor at the University of Denver.

But it wouldn’t be impossible. The law does not list what can be considered legal grounds for a recall, Masket said. What’s appropriate for a recall versus inappropriate is in the eye of the beholder, or the voter.

Windholz did not respond to a request for comment.

The chairman of the House Intelligence Committee offered a brutal analysis after a bombshell new report on efforts by Ginni Thomas seeking to overturn the 2020 presidential election.

"Virginia 'Ginni' Thomas, the conservative activist and wife of Supreme Court Justice Clarence Thomas, pressed Arizona lawmakers after the 2020 election to set aside Joe Biden’s popular-vote victory and choose “a clean slate of Electors,” according to emails obtained by The Washington Post. The emails, sent by Ginni Thomas to a pair of lawmakers on Nov. 9, 2020, argued that legislators needed to intervene because the vote had been marred by fraud," the newspaper reported.

Texas’ child welfare agency has resumed at least some of its investigations into parents who provide gender-affirming care to their transgender children. Last week, the state Supreme Court overturned an injunction blocking the state from investigating these parents for child abuse.

On Thursday, nearly a week after the ruling, investigators with the Texas Department of Family and Protective Services began contacting lawyers representing some of these families to tell them they will be continuing the investigations.