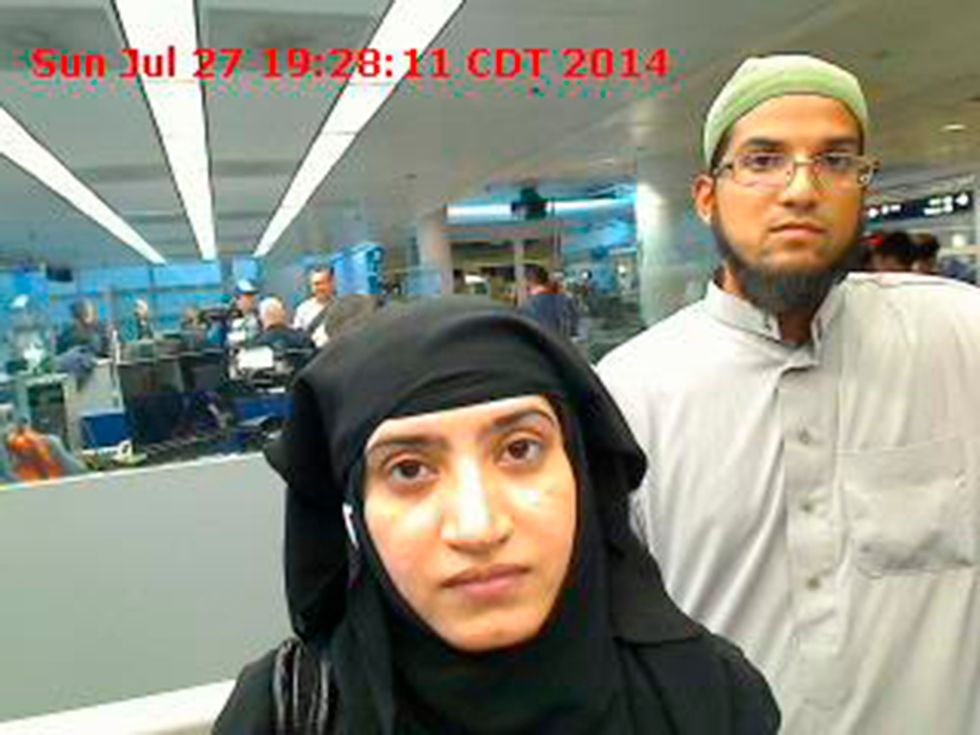 Syed Rizwan Farook and Tashfeen Malik, who opened fire on a San Bernardino holiday party earlier this month, were buried Tuesday in a quiet, graveside funeral.

Many of those who attended mosque with the couple refused to attend, two mosque members said.

U.S.-born Farook, 28, and his Pakistani-born wife Malik, 29, killed 14 people and injured 21, in what U.S. officials have called a terrorist attack. They died later that day in a gun battle with police.

The funeral followed traditional Islamic rituals, said an attendee. At a Muslim cemetery hours away from San Bernardino, the bodies were cleansed according to Islamic rules, wrapped in white cloth and buried.

The funeral attendee and another person familiar with the situation, both of whom asked not to be identified for fear of retaliation, said it took a week to find a graveyard willing to accept the bodies.

They said the husband and wife were ultimately buried in a cemetery far from San Bernardino, after a closer facility refused to take the bodies because of fears the graves would be desecrated. Neither person would identify the cemetery where the couple was buried.

Muslims are usually buried within 24 hours of dying, but family members and community members had to wait for the bodies to be released by law enforcement officials and then for permission from a cemetery.

Neither source would say which cemetery refused to bury the couple, but a woman at the Islamic Cemetery & Masjid in Adelanto, Calif. – less than an hour from San Bernardino – confirmed the cemetery had refused to bury the bodies, in part out of a fear of backlash, but also for “other reasons". She declined to give her name.

The family of Tamerlan Tsarnaev, one of the two men accused of carrying out the Boston Marathon bombing attack in 2013, faced similar difficulty finding a place to bury his body after the attack. Graveyards in Massachusetts refused to accept the body, and the family ultimately buried him in an unmarked grave in Virginia.

About 10 people went to the funeral, the attendee said, including members of Farook's family and people who used to pray with him at mosques in San Bernardino County.

But most Muslims in the community refused to participate in the burial or perform the funeral prayer, called Salat Al-Janazah, according to the source who did not attend the funeral.

"I don't forgive him myself," said the mosque-goer who did not attend the funeral. Still, he added, "I pray mercy for him, and we Muslims know God is merciful. But he's also just."

Farook and Malik left behind a 6-month-old daughter, who has been in state custody since the Dec. 2 massacre. Farook's sister and brother-in-law, Saira and Farhan Khan, have said they hope to adopt their niece.

An attorney for family members did not immediately return a call seeking comment for this story.