San Bernardino suspect's sister: 'I wish I could ask them' what led to shooting attack 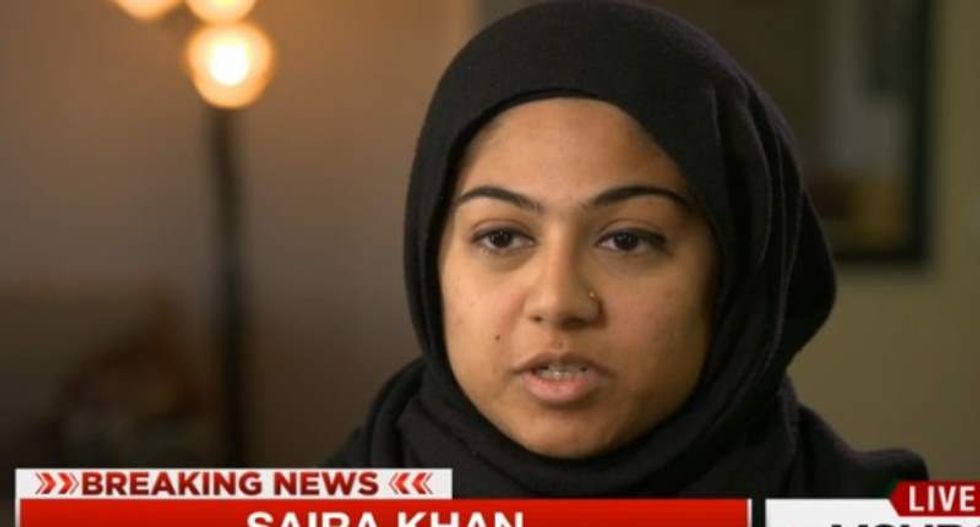 Saira Khan, whose brother Syed Farook was a suspect in the San Bernardino mass shooting, speaks to Chris Jansing on Dec. 4, 2015. [MSNBC]

The sister of San Bernardino shooting suspect Syed Farook expressed disbelief on Friday that the "shy introvert" she knew could have gone on to kill 14 people and wounded nearly 20 others alongside his wife.

"I wish I knew what happened," Saira Khan told MSNBC's Chris Jansing. "I wish I could ask them, but they're not here. Everything is left up to speculation, investigation. Whatever we're finding out is through media."

Farook and his wife, Tashfeen Malik, were killed during a shootout with police on Wednesday after their attack inside the Inland Regional Center following a holiday party. Federal authorities are now investigating the assault as a possible act of terrorism.

Khan described Farook as a "quiet kid" who grew up alongside her in the US before eventually marrying Malik, a native of Pakistan who was raised and spent most of her life in Saudi Arabia. Khan told Jansing on Friday that she only learned Malik's last name through social media.

"You didn't even know her last name?" Jansing asked. "Didn't that strike you as odd?"

"When you get married, you usually change your last name to whatever last name is gonna be for the husband, so I assumed that was her last name," Khan said. "I didn't know she hadn't changed it."

According to various reports, Malik allegedly pledged allegiance to a leader of the Islamic State terrorist group before the attack.

"That's news to us," Khan said. "We didn't know she had any kind of relations with ISIS or anything like that. If you met her, she was like the girl next door."

Khan said that she saw the couple about once a month after they married, but that there was no indication that the couple was behaving strangely. She also expressed concern about the six-month-old child her brother and sister-in-law left orphaned after their deaths.

"That's the part that bugs us the most: who's gonna make her laugh now?" Khan asked.

Watch Jansing's interview with Khan, as aired on Friday, below.