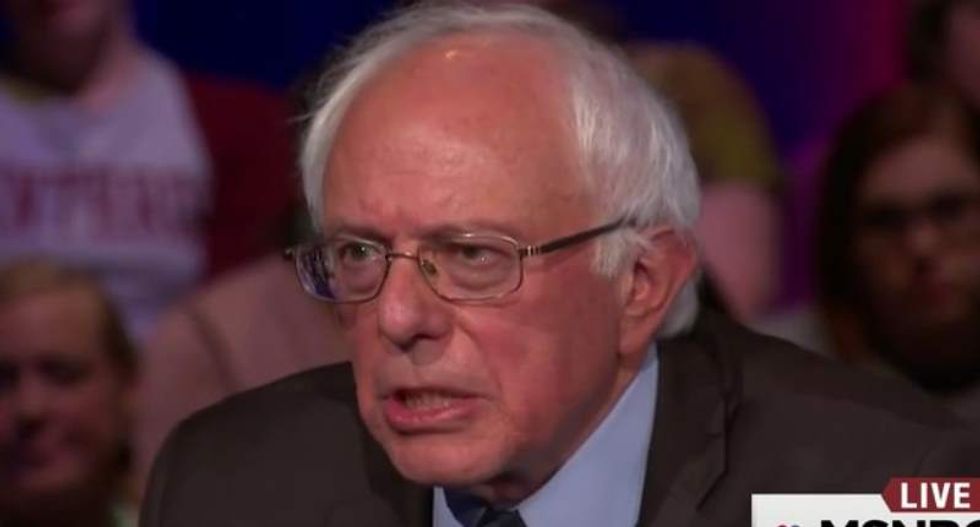 Following the controversy that saw Sanders staffers blocked from accessing some of their own voter data after it was revealed that proprietary information belonging to the Clinton campaign was being viewed, the Sanders campaign apologized and fired the "hacker," national data director, Josh Uretsky.

However an unnamed adviser to the Vermont independent's campaign for the 2016 Democratic presidential nomination is suggesting that Uretsky maybe have been a plant by both the DNC and the technology company that hosts the data.

“It’s not as if we conjured this guy Josh from thin air. This is an individual … who was recommended to us by the DNC and NGP VAN,” the adviser said.

According to the adviser, Uretsky provided references to the Sanders campaign campaign from the DNC’s National Data Director Andrew Brown, who works closely with the shared voter file program.

“Andrew Brown spoke to us and gave him a positive review, as did this guy Bryan Whitaker,” the adviser said, identifying Whitaker as the COO of technology group NGP VAN. Whitaker is no longer with the company, having taken a similar position with another group.

Supporters of Sanders have complained that the DNC favors Clinton -- the establishment favorite -- noting that the Democratic debates have been scheduled on weekend evenings when viewership would be down, limiting exposure for the populist message of Sanders.

The campaign had called for a "a full investigation from top to bottom" of the data breach and how it was allowed to happen.