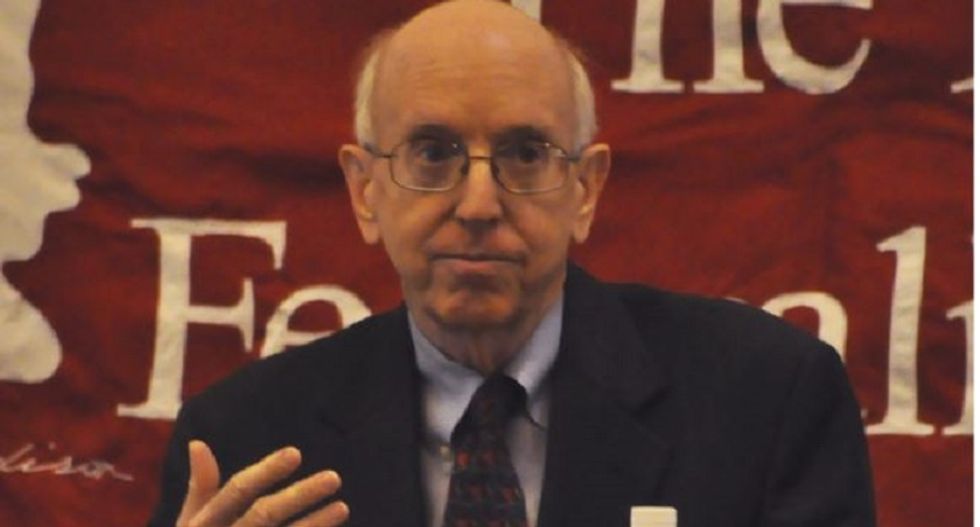 A federal appeals court judge laid into Supreme Court Justice Antonin Scalia for his "obsession" with the Court's Obergefell ruling, which in June granted marriage equality rights to same-sex couples.

Judge Richard Posner, of the 7th Circuit Court of Appeals, became something of a folk hero to the LGBT community after he ripped arguments for bans on same-sex marriage last year, according to the LGBT-oriented blog Towleroad. This week, Posner gained hero status again with an op-ed in the New York Times bashing Scalia for hypocrisy in opposing marriage equality.

He noted that Scalia described the Obergefell ruling as the end of democracy because the Supreme Court overruled public opinion.

"The logic of his position is that the Supreme Court should get out of the business of enforcing the Constitution altogether, for enforcing it overrides legislation, which is the product of elected officials, and hence of democracy," Posner wrote.

In the op-ed, Posner and co-author Eric J. Segall point out Scalia has long opposed equal rights for LGBT people on religious grounds and he called that position "radical," writing:

Obergefell seems to obsess him. In a speech at Rhodes College in Memphis, he said that the decision represents the “furthest imaginable extension of the Supreme Court doing whatever it wants,” and that “saying that the Constitution requires that practice” — same-sex marriage — “which is contrary to the religious beliefs of many of our citizens, I don’t know how you can get more extreme than that.” The decision, he said, “had nothing to do with the law.”

The suggestion that the Constitution cannot override the religious beliefs of many American citizens is radical. It would imply, contrary to the provision that forbids religious tests for public office, that religious majorities are special wards of the Constitution. Justice Scalia seems to want to turn the Constitution upside down when it comes to government and religion; his political ideal verges on majoritarian theocracy.

Posner and Segall, a Georgia State law professor, criticize Scalia for saying that state and local officials have no obligation to obey the court's rulings. They wonder whether Scalia would want his own decisions diminished until separate lawsuits are brought in each state so that they apply in each state.