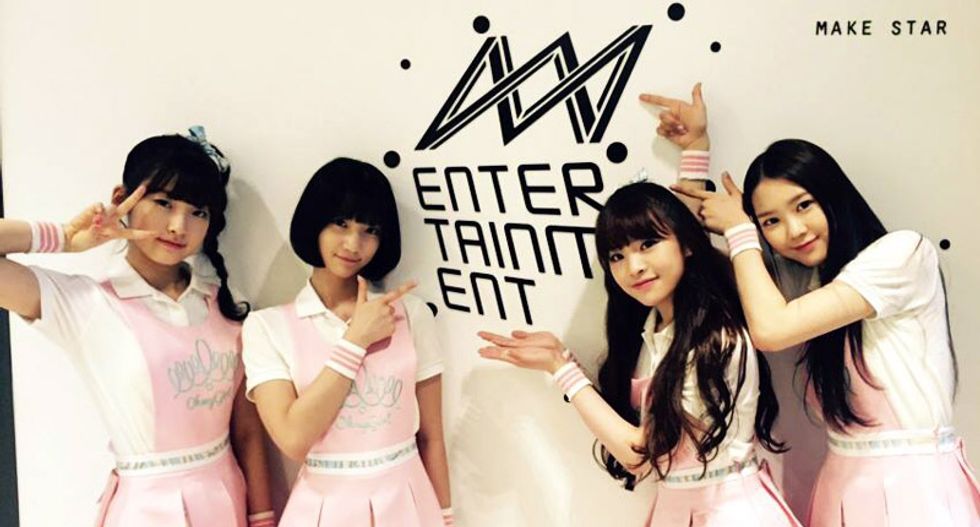 In what may be a case of profiling gone awry, an upcoming South Korean pop group was forced to cancel a Los Angeles appearance and return home after customs officials at  Los Angeles International Airport accused them of being sex workers.

According to the LA Times, K-pop group Oh My Girl (OMG) were detained for over 15 hours before giving up and taking the long flight home after extensive questioning and concerns about their visas.

While U.S. Customs refused to discuss the incident -- which led to the cancellation of a promotional performance and photo shoot for the 8-girl pop act -- the group's management issued a statement saying the young women were accused of being "working women,"  by their interrogators.

“As young women, they were mistaken as ‘working women’ which has recently been a big issue in the U.S.,” WM Entertainment said in the Korean-language statement. According to the management team, there was also a dispute over visas with the group stating they didn't need a performance visa, since they were only doing a promotional event and not a concert.

Videos of the teen pop group have been viewed almost 2 million times on YouTube.

According to Korean language media in LA, immigration officials in the U.S. have grown concerned with the rise in “doumi girls," imported to work in at Koreatown karaoke clubs where they are paid about $120 for two hours to encourage men to drink.

According to the management company, they are speaking with attorneys over the temporary incarceration by U.S. Customs.

Video of OMG can be seen below via YouTube: