Statue of Liberty's design was inspired by an Arab woman: researchers 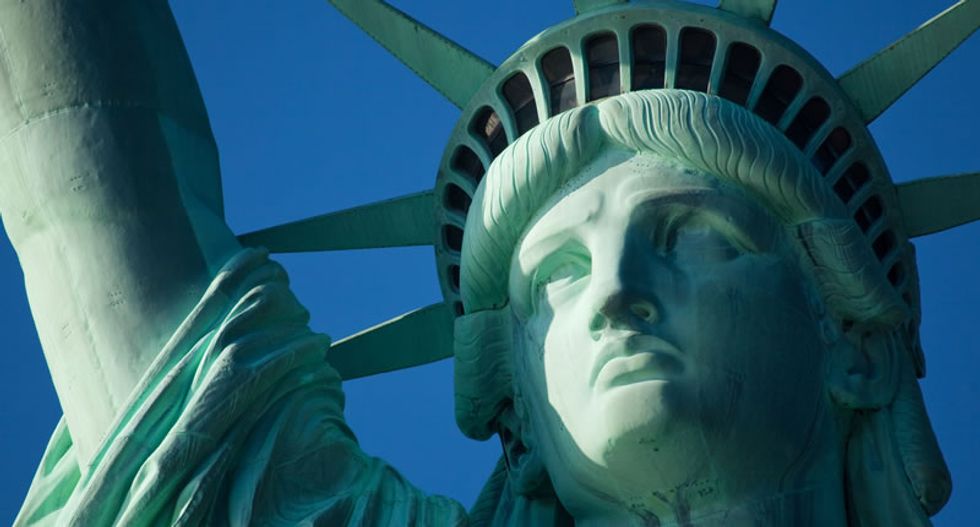 The Statue of Liberty, a symbol of democracy and freedom that has greeted countless immigrants to US shores, was inspired by a project representing an Arab woman guarding the Suez Canal, researchers said.

The recent findings are especially startling for some in the United States amid a heated debate over the arrival of refugees from war-scarred Syria and other Muslim majority countries.

French sculptor Frederic Auguste Bartholdi, who traveled to Egypt in 1855-1856, developed there a "passion for large-scale public monuments and colossal sculptures," said the US National Park Service, which guards the Statue of Liberty in New York.

When the Egyptian government sought proposals in 1869 to build a lighthouse for the Suez Canal, Bartholdi designed a huge statue of a robed woman holding a torch, which he called "Egypt (or Progress) Brings Light to Asia."

The sculpture originally took the "form of a veiled peasant woman," explained Barry Moreno, who has written about the statue, as quoted by the US-funded Smithsonian Institution.

"Bartholdi produced a series of drawings in which the proposed statue began as a gigantic female fellah, or Arab peasant, and gradually evolved into a colossal goddess," added Edward Berenson, who has also written about the subject.

At the time, most Egyptians were Muslims -- about 86 percent in Alexandria and Cairo, and 91 percent in other regions, according to the Smithsonian.

Bartholdi's second chance came when French historian Edouard de Laboulaye originated the idea of a monument presented by the French people to the United States representing "Liberty Enlightening the World."

In 1870, Bartholdi began designing the statue based on his previous design. It was inaugurated in 1886.