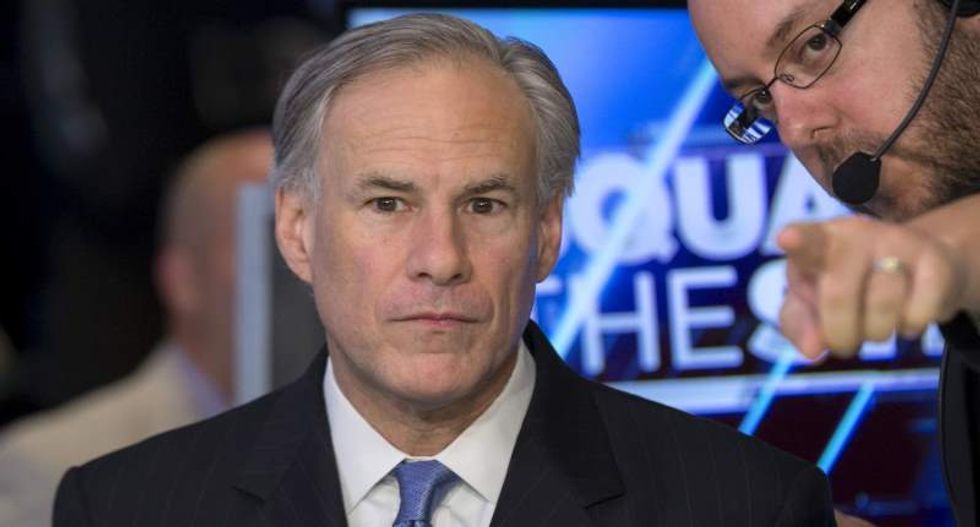 Texas governor Greg Abbott is given directions before an interview with CNBC on the floor of the New York Stock Exchange in this July 14, 2015 file photo. REUTERS/Brendan McDermid/Files

Texas filed papers in federal court on Wednesday seeking to block the imminent entry into the state of nine Syrian refugees, saying the U.S. government has not met its legal obligation to consult with local officials about the resettlement.

This is the second attempt by Texas to seek immediate court help to halt the refugees and comes as U.S. Republican presidential front-runner Donald Trump touched off a global firestorm by saying Muslims should be denied entry into the United States.

A previous attempt for a temporary restraining order was dropped last week by Texas, one of about 30 states seeking to halt resettlements. The move came hours after the U.S. Justice Department filed a brief at the U.S. District Court in Dallas saying the federal government and not the states set U.S. policy on immigration.

Texas said the government in this case had provided the information it requested on the group, which was two families of six each who arrived in Dallas and Houston on Monday.

A family of 8 Syrian refugees, including six children ages 6 to 15, is due to arrive in Houston on Thursday, along with a 26-year-old Syrian woman whose mother resides in the area, the Justice Department said.

The Justice Department said in its previous filing the Refugee Act of 1980 requires the government to consult on a regular basis with states about the sponsorship process and distribution among states.

"It does not create any obligation to provide advance consultation regarding individual resettlement decisions," it said.

A federal judge is expected to hear a request in the next few weeks from Texas, seeking an injunction to halt the resettlements.

After the Paris attacks by Islamic State in November, Texas Governor Greg Abbott, a Republican, was one of the first governors to seek to block the resettlement of Syrians into their states.

"It is essential that a judge consider halting the Syrian refugee process – at least on a temporary basis – to ensure refugees coming to the United States will be vetted in a way that does not compromise the safety of Americans and Texans," Abbott said.

Since fiscal 2011, 243 Syrian refugees have resettled in Texas, the U.S. filing said, making it one of the main U.S. relocation sites since the Syrian civil war erupted about four years ago.

A Proud Boys leader was nominated to carry out "war powers" intended to stop the certification of President Joe Biden's election win, according to federal prosecutors.

U.S. prosecutors asked a federal judge to keep Ethan Nordean, the right-wing organization's Washington state leader, in jail until his trial, alleging in a 24-page court filing that the 30-year-old Proud Boy led a plot to split into groups to break into the U.S. Capitol from as many points as possible, reported the Washington Post.