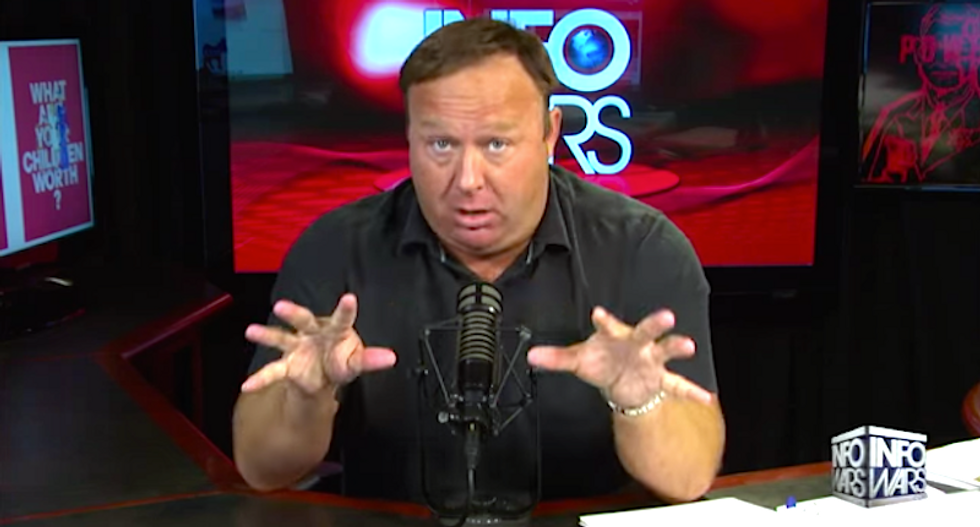 It seems like a good time to recall that Jones -- the nation's leading conspiracy theorist -- once warned that New World Order elites were taking direct orders from elves by consuming a powerful psychedelic drug known as dimethyltryptamine, or DMT.

"They're taking the DMT, they've got the black op commanders gobbling high-powered hallucinogens in -- see, I don't even get into all of this stuff," Jones warned on his radio program years ago. "We're in trouble, ladies and gentlemen. The clockwork elves, I shouldn't even get into it."

Jones went on to explain how the global elites communicated with "clockwork elves" while they were under the influence of DMT.

"The globalists don't believe in Satanism, they believe they're contacting interdimensional aliens through the drug use," he said, adding that the elves were instructing the elitists to set up a one world government and kill everyone. "'Build the Hadron Collider, open the dimensions, let us in! We're going to really help you! We are friendly little guys!'

"Demons, aliens don't exist? I don't know. I only cover what I can prove."

Watch the video about DMT elves below:

Watch the video of Alex Jones interviewing Donald Trump below: