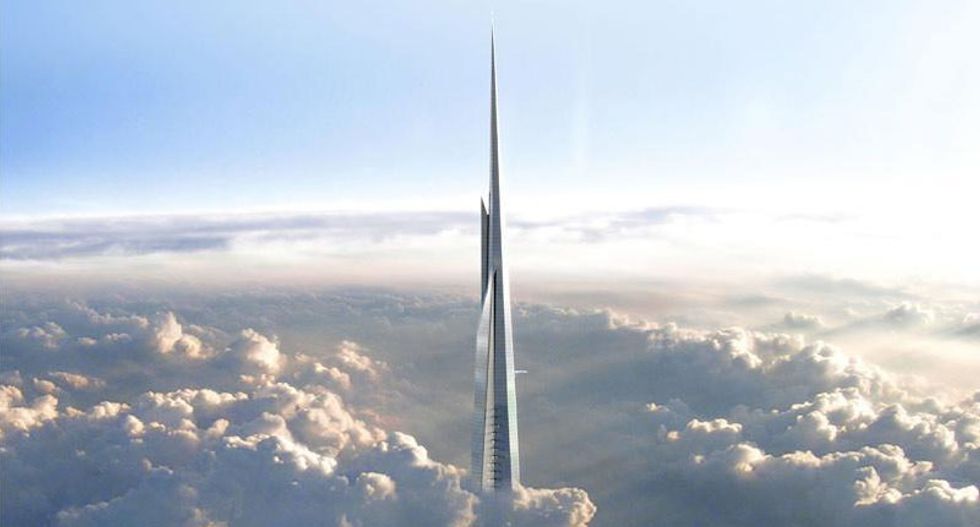 Plans to build the world’s tallest tower in Saudi Arabia are forging ahead after funds for the final phase of the $2.2 billion project were secured earlier this week.

The Middle East is set, once more, to become home to another record-breaking feat of architecture and engineering with the completion of the Jeddah Tower (previously called the Kingdom Tower), which will soar a full one kilometer into the clouds (3,280 feet), dethroning the current title-holder, the Burj Khalifa, in Dubai by 173 meters (568 feet).

Earlier this week the Saudi government announced that a financing deal between the developer, the Jeddah Economic Company, and Alinma Investment had been signed, giving the project the final green light.

Set to open in the port city of Jeddah, Saudi Arabia, the tower will be a mixed-use building and feature a seven-storey Four Seasons hotel with 200 rooms; seven storeys of office space; 121 serviced apartments; 318 different types of housing units; and the world’s highest observatory at 660 m above ground.

Inspired by its desert surroundings, the tower, designed by designers Adrian Smith + Gordon Gill Architecture, is meant to evoke the "folded fronds of a young desert plant" shooting up from the ground.

The idea is to represent new life, and new development around the record-breaking project.

Servicing the 170 storeys, however, requires a sophisticated elevator system. A total of 59 elevators, five double-deck elevators, and 12 escalators will help visitors move about the monster building. Elevators that shuttle visitors to the observatory will travel at a rate of 10 meters per second.

And the sky terrace, which will open on the 157th floor, will open out into the clouds from the penthouse floor.

Construction of the first 26 floors is complete.

Meanwhile, the Jeddah Tower forms part of a larger project, Jeddah Economic City, a modern community that will span 5.3 million square meters and serve as a business and tourism hotspot.

The Jeddah Tower is set for completion in 2020.