‘They are coming for you’: Sandy Hook truthers escalate threats by posting home address of victim’s sister 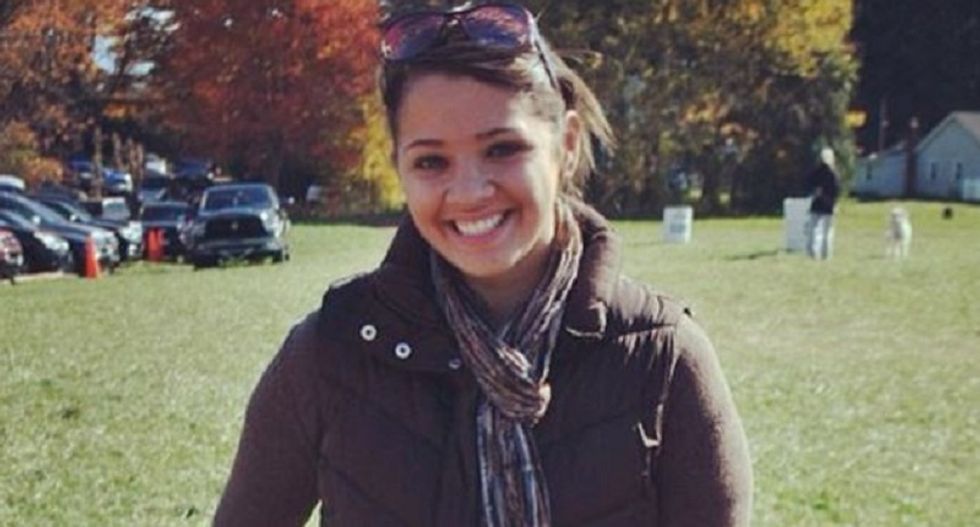 Conspiracy theorists who believe the Sandy Hook massacre of 2012 was a hoax are threatening the sister of one of the victims to the point the woman and her husband are afraid to go home on Saturday.

Truthers accusing Carlee Soto, the sister of slain teacher Vicki Soto, of being a "crisis actor" have been posting her name, birth date and address on Instagram. "Crisis actor" is a term used by conspiracy theorists who believe the massacre at the elementary school was staged by the government as pretense for taking away guns. Twenty small children and six school staffers were killed in the attack. Vicki Soto died heroically, shielding her students.

Family members of Vicki Soto have been harassed since the massacre, but told Raw Story it's never gone to the extent of having addresses posted online.

Instagram users are sharing a post that reveals contact and family information, including names of Soto's mother, siblings and husband, and their social media user names.

"The Dox Of All Doxes!" the post reads. "The whole world is wondering about this girl who pops up on every major attack around the world. She has been on every media around the world crying her eyes. She have raised too many question amongst everyone. It was time to finally put an end to it and reveal everything about her. I want her to remember my name... for the rest of her life. She have been Exposed. Make this Viral."

Family operating the support page for Vicki Soto said they have tried reaching out to the police and Instagram for help. As of Saturday evening, the post is still being shared by numerous Instagram accounts.

"They are coming after you Brent Parisi," it reads. "The truth is out. They know who you and your wife are. They know where you live. You think you won't be questioned for the actions you do? God watches all."

The family is particularly nervous as the December 14 anniversary of the shooting spree approaches.

"This is very scary to our family and as 12/14 approaches we are even more scared that this will escalate into physical violence," the family wrote. "We have been through enough and each day is harder than the one before. This just makes it all very stressful for us during an already difficult time."

A heartbreaking photograph of Carlee Soto sobbing upon learning the news of her sister's death has been used by conspiracy theorists to "prove" she is a crisis actor.

The family has been harassed to the extent that they applied to trademark Vicki's name to stop people from using it online for harassment and other nefarious purposes.

Survivors and loved ones of the Sandy Hook shooting have long been victims of harassment. Scarlett Lewis, whose first grade child was killed in the massacre, was harassed online after writing a book about her journey through grief.

Last month, Matthew Mills of Brooklyn was arrested for confronting Soto's younger sister, Jill, at a charity event for Vicki Soto with his conspiracy theories.

The family posted screenshots of the threats and harassment to their support page, which can be viewed here:

We normally don't like to post these kind of things, we try to keep everything positive here, but this just needs to be...