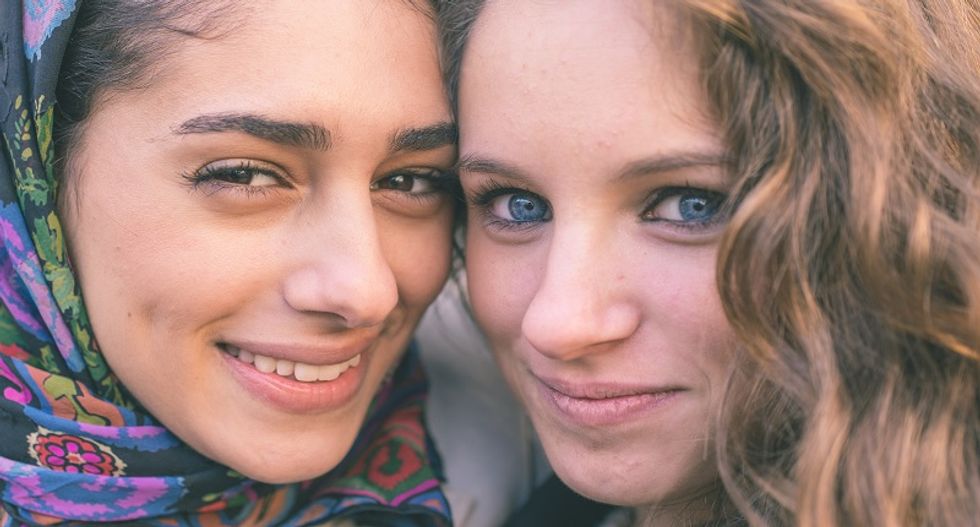 An Arizona Christian went against the grain and left a message of love taped to a mosque on Wednesday, the Washington Post reports.

The message was left taped to the door of the Islamic Center of the Northeast Valley in Scottsdale.

"I am only one person — an American Christian,” the letter read. “I feel the people making radical statements on TV and claim they are Christian have forgotten what their faith is all about!”

It also said Muslims shouldn't have to explain themselves and also pointed to the fact that fear and hatred of the Muslim community helps terrorist groups like ISIS.

"As far as ISIS — it is impossible for them to ever win, maybe my head, maybe my body — but they can NEVER take my soul,” the letter read. “I refuse to fear my fellow Americans…Please — stay strong — this will pass. The good always prevail!”

While rhetoric from GOP candidate Donald Trump has ramped up anti-Muslim sentiment, violence against American Muslims seems to be ratcheting up in tandem. But the Post points out that interfaith displays of support and fellowship have been increasing as well.

“[The Council on American Islamic Relations] is the largest Muslim advocacy group out of America,” Imraan Siddiqi, director of the local CAIR chapter, told the Post. “But your voice is going to be much stronger when you have the backing of the interfaith community. It has to be a united effort.”

Siddiqi said that while politicians made headlines for talking about banning Syrian refugees, interfaith groups were vocally showing their opposition. A letter sent to Arizona Governor Doug Ducey from Christian, Jewish and Muslim groups points out that the refugee crisis is one of the worst humanitarian disasters since World War II.

"We understand that some are fearful after the recent attacks and brutality suffered around the world. However, we must recognize that refugees are themselves victims of this suffering," the letter read, but pointed out, "Our religious traditions state clearly that we are to welcome the stranger, to provide for those who seek refuge."

But there have been smaller gestures, like a hand-written note left on Siddiqi's own mosque Tuesday, with $20 attached.

"Hello, I’m a white Atheist woman, but I strongly believe that everyone has the right to practice their religion in a safe place no matter what their religion is,” the note read, according to the Post. “I’m sorry for any negativity you may have experienced because of ignorant fear-mongering. Where there’s hate there is a great amount of love and you are loved.”