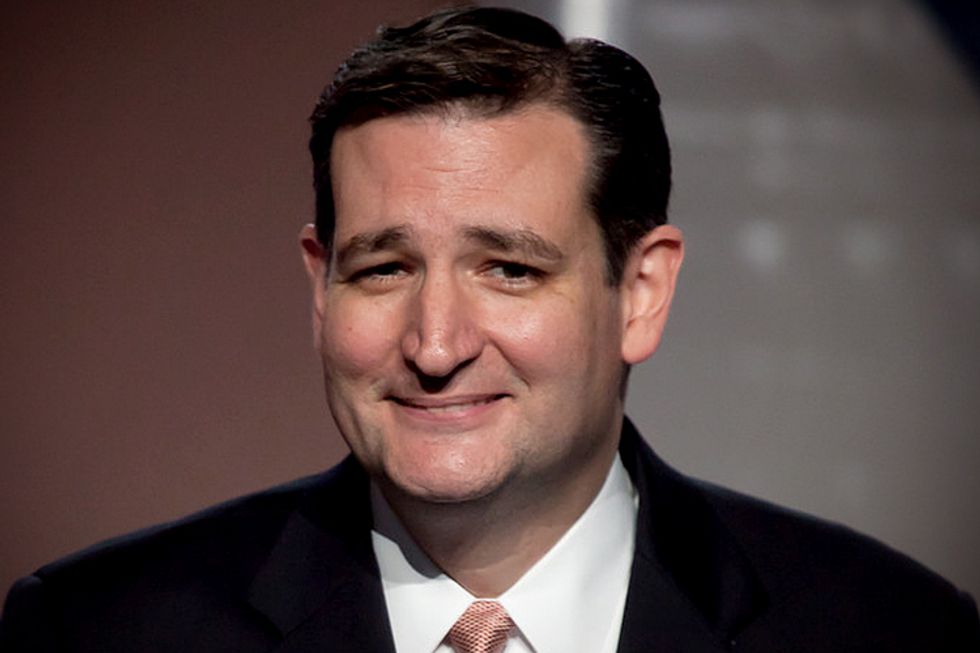 Republican presidential candidate Ted Cruz told NPR this week that there was no science that said the planet was getting warmer, even though the Associated Press recently determined that he knew less about science than the average kindergartner.

At a Congressional hearing on Tuesday, Cruz invited a panel of witnesses to combat the notion that the Earth is warming and that changes in the climate have been influenced by human activity. Greenpeace asserted that at least one of those skeptics had been funded by the fossil fuel industry.

The hosts of NPR's Morning Edition pointed out on Wednesday that none of the countries involved in the climate change summit in Paris were questioning facts provided by NASA: carbon dioxide levels are at their highest level in 650,000 years, arctic ice is at its lowest level ever, and 18 of the hottest years in recorded history had come during the last century.

NPR's Steve Inskeep asked Cruz to respond to the "broad scientific consensus that there is man-caused climate change."

"I believe that public policy should follow the science and follow the data," Cruz replied. "I am the son of two mathematicians and computer programmers and scientists. In the debate over global warming, far too often politicians in Washington -- and for that matter a number of scientists receiving large government grants -- disregard the science and data and instead push political ideology."

Cruz reminded Inskeep that some people had predicted a new ice age in the 1970s, and that liberals wanted to solve the problem by "massive government control of the economy, the energy sector and every aspect of our lives."

But Cruz said that the liberal politicians and scientists "switched their theory to global warming" because global cooling never panned out.

"This is liberal politicians who want government power," he insisted. "Let me ask you a question, Steve. Is there global warming, yes or no?"

"Okay, you are incorrect," Cruz shot back. "Actually, the scientific evidence doesn't support global warming. For the last 18 years, the satellite data -- we have satellites that monitor the atmosphere -- the satellites that actually measure the temperature showed no significant warming whatsoever."

"No, they don't," Cruz continued. "Here's the point. Climate change is the perfect pseudo scientific theory for a big government politician who wants more power. Why? Because it's a theory that can never be disproven."

Inskeep wondered if Cruz also question the science of evolution, but the Texas senator quickly deflected.

"I'm concerned about the single mom waiting tables right now," Cruz opined, "who for seven years of the Obama economy has been trapped in stagnation and her wages have been stagnating. It's harder and harder to make ends meet, and what the Washington elites are trying to do is double her energy bill."

When pressed about evolution, Cruz argued that "any good scientist questions all science. If you show me someone who stops questioning science, I'll show you someone who isn't a scientist."

According to the GOP hopeful, people who labeled him a climate change "denier" were the real science deniers.

"Denier is the language of religion," he quipped. "It's treated as a theology but it's about power and money."

Inskeep observed that denying climate change was also about "power and money" for Republicans, who were backed by the energy industry.

Last month, The Associated Press asked a group of climate and biological scientists to score each of the presidential candidates on their scientific knowledge. On a scale of 0 to 100, Cruz scored six, the lowest of any candidate.

"This individual understands less about science (and climate change) than the average kindergartner," Pennsylvania State University meteorology professor Michael Mann told the AP. "That sort of ignorance would be dangerous in a doorman, let alone a president."