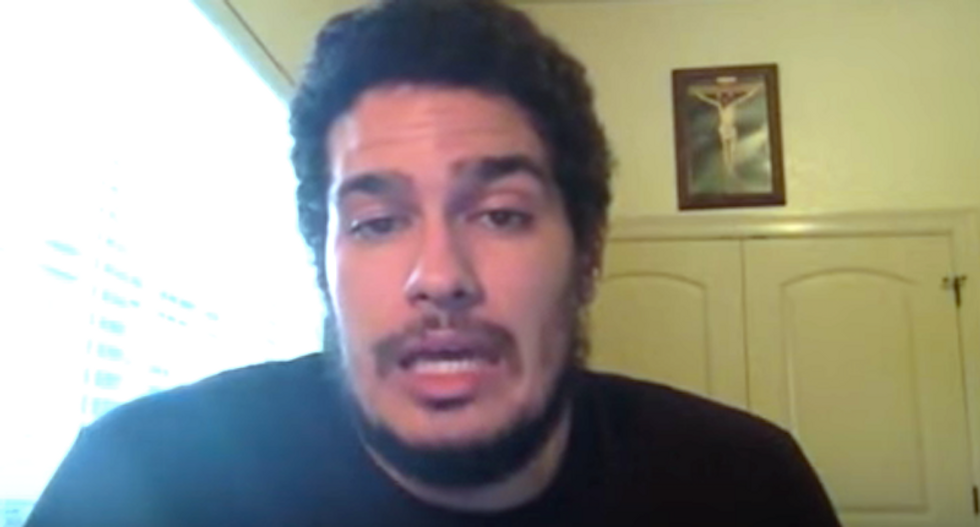 An anti-gay extremist who has pledged his support for Donald Trump denied that he was anything like Islamic State militants -- and to prove it, he called for armed raids of yoga studios to "Christianize the land."

Theodore Shoebat, a right-wing video blogger who appeared in an anti-LGBT film with Rand Paul and Mike Huckabee, fantasized in a recent post about the wrathful judgment he would unleash on the world's Hindus should he somehow be declared dictator, reported Right Wing Watch.

Shoebat, the son of fraudulent "terror expert" Walid Shoebat, complained that he is often compared to ISIS because he calls for the killing of gays and others who refuse to convert to Christianity.

He wished earlier this month for a Trump administration that would execute Muslims who didn't convert.

“We need a Christian supremacist society or else these things are going to continue to happen,” Shoebat said of a Muslim judge sworn in on the Koran instead of a Bible. “God willing, if Donald Trump wins, and I think he will win, he will put a cap on things like this.”

He turned his attention this week to the more than 1 billion Hindus living in India.

"You need to Christianize the land," Shoebat said. "We need to destroy these false religions, end of story. Hinduism is an evil, demonic, anti-Christ religion. It needs to be uprooted from the earth and it has no place in the world."

Shoebat, who was recently named a "pro-family hero" by another anti-gay extremist, said the U.S. should invade India to rid the world of Hindus -- and he urged U.S. officials to crack down on American yoga practitioners.

"Yoga? Outlawed, and anyone who teaches yoga? Punished by the state," Shoebat said. "I think the U.S. government needs to crack down on this evil, demonic thing called yoga ... You're teaching yoga, have the SWAT team bust open the doors to that place and just arrest everybody."