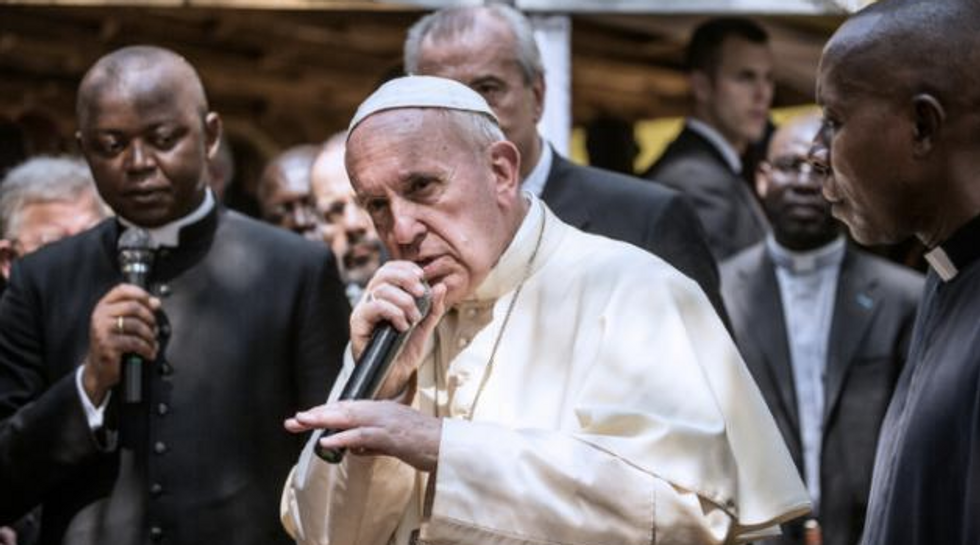 He conquered the United States in September, is just back from a hugely successful trip to Africa ... and now Pope Francis is an unlikely inspiration for rappers around the world.

And it is all thanks to an AFP photograph that has gone viral on social media.

Gianluigi Guercia's snap of Francis speaking during a visit to a camp for displaced people in Central African Republic on Sunday captures the 78-year-old pontiff in classic rapper pose.

Holding his microphone in his right hand with his fingers wrapped around the top of it, the pontiff holds out his left hand horizontally, as if counting out beats.

Twitter-wits have had a field day with the image, making up thousands of imaginary papal rap lyrics under the hashtag #popebars.

Most were irreverent but tinged with affection, reflecting how Francis has successfully crafted an image as both likeable and a bit cool with his modest personal style and his efforts to make the Church more relevant.

One of the best was posted by @_2pee.

It read: Biblically I'm on fire/Lyrically I inspire/So one day when I retire/Heaven is all I require.

What most of the rappers may not have realized is that the slightly stooped, MC-style stance Francis adopts in Guercia's image is the product of chronic back pain caused by sciatica.