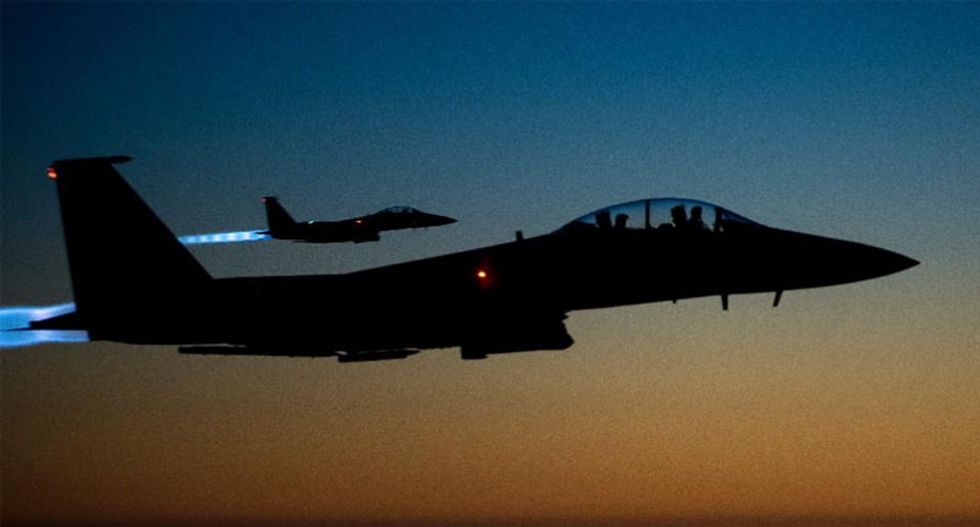 The US-led coalition fighting the Islamic State group said Tuesday it was "assessing the credibility" of reports its strikes killed at least 26 civilians in a Syrian village on Monday.

"Every time we get information about the possibility of a civilian casualty incident, we always do a credibility assessment on that information," Colonel Steve Warren told AFP.

"If the information is found to be credible, we'll conduct an investigation, and we'll release the results of that investigation."

"So we're in that phase now, we're assessing the credibility of the allegation, and if there is reason to believe that the allegation is credible, then we'll conduct an investigation."

He could not say immediately whether US-led coalition planes were active Monday in the area of the alleged deadly strikes on the village of Al-Khan in the northeastern province of Hasakeh.

But that information was expected to be included in the coalition's daily after-action report on strikes, released later Tuesday.

He said it was too early to say how long the process of assessing the credibility of the claims would take, noting "right now all we have is a statement that we've read in the newspapers, that's not much to go on."

The deaths were reported on Monday by the Syrian Observatory for Human Rights, a Britain-based monitor that tracks casualties of the war.

The group said at least seven children and four women were among the dead in the strikes.

The monitor relies on a network of sources on the ground to collect its information, and identifies aircraft based on their flight patterns and munitions used.

The coalition has conducted strikes in eastern parts of Syria's Hasakeh province, where Al-Khan lies, as part of a campaign to clear IS from the area.

Coalition warplanes have been carrying out strikes in Syria since September 2014, and Russian war planes this September also began their own aerial campaign in the country in support of the government.

The Observatory said in late October that US-led raids had killed 3,276 IS fighters, 147 members of Al-Qaeda affiliate Al-Nusra Front or Islamist groups, and 226 civilians.

The coalition has rarely acknowledged civilian deaths in its campaign in Iraq and Syria against IS.

In November, it said four civilians, including possibly a child, had "likely" been killed in a strikes in Iraq in March.

And a year earlier, it acknowledged it killed two children in a strike in Syria.