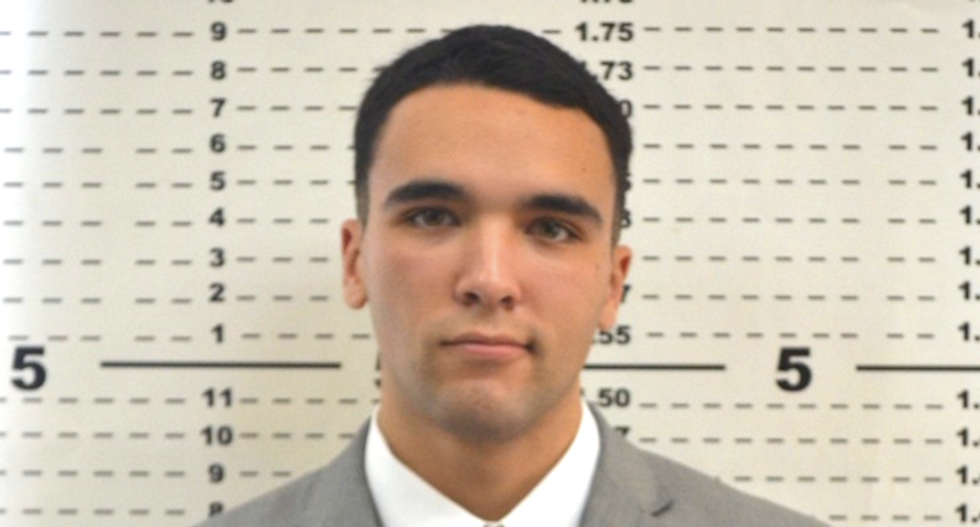 A Philippine court found a U.S. Marine guilty of killing a transgender woman on Tuesday, jailing him for six to 12 years in a case that has reignited debate over the American military presence in its former colony.

The Olongapo City regional trial court also ordered Lance Corporal Joseph Scott Pemberton to pay more than 4.5 million pesos ($95,350) to the family of Jennifer Laude, who was found dead last year in a hotel outside the former U.S. navy base northwest of Manila.

Pemberton will serve a minimum of six years and a maximum of 12 years in jail. He had been charged with murder but was convicted of the lesser offense of homicide, which does not require malicious intent.

He can appeal against the verdict and sentence.

"This is not quite a victory," Laude's sister, Malou, told Reuters. "We expected a murder conviction but instead got homicide. We are not contented with the decision."

Pemberton had earlier admitted in court to choking, but not killing, Laude. He said he had acted in self-defense after he discovered that a man was giving him oral sex, not a woman.

Protesters outside the Hall of Justice carried placards saying "Justice for Jennifer Laude! Justice for the Filipino people," "Jail Pemberton in the Philippines".

Pemberton was due to be held in the national penitentiary in Muntinlupa, south of the capital, until the Philippines and U.S. government agree on where he should serve his sentence as prescribed under a visiting forces agreement.

But a lawyer for the victim said there was a brief dispute with U.S. officials about where Pemberton should go that was resolved when the judge ordered he be held at a Philippine army base for five days while a permanent solution was found.

"This is a sad day for the Philippines. It shows the U.S. gets what it wants," said lawyer Harry Roque.

The case has stirred debate over the presence of American soldiers on Philippine soil after senators voted two decades ago to kick out U.S. bases because of social issues, such as crimes committed by servicemen.

The United States has raised military aid to the Philippines this year as tension rises in the region over China's new assertiveness in the South China Sea.

The two allies are waiting for the Philippine Supreme Court to approve a pact allowing the U.S. military to store supplies at Philippine bases for operations related to maritime security, humanitarian assistance and disasters.