US stops Muslim family from boarding flight to visit Disneyland 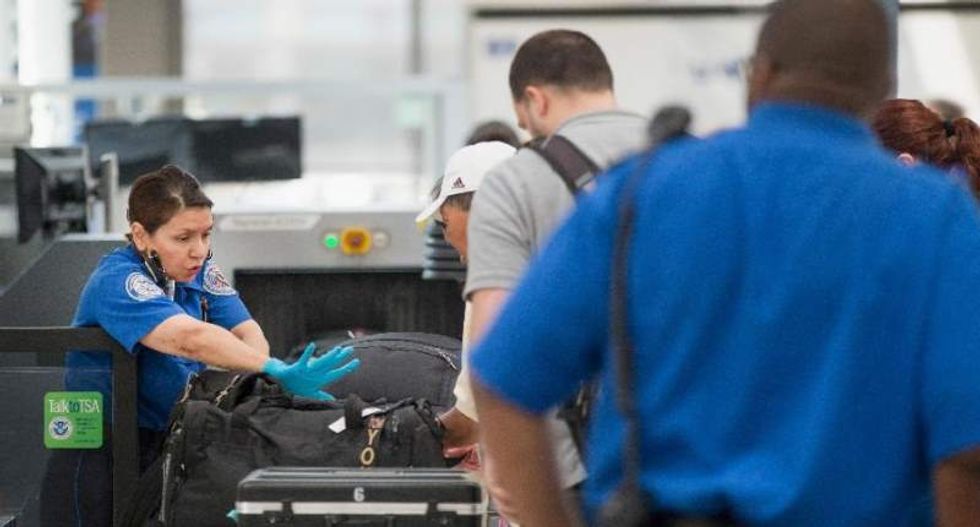 A British Muslim family heading for Disneyland was barred from boarding a flight to Los Angeles by US authorities at London’s Gatwick airport amid concerns of an American overreaction to the perceived terrorist threat.

US Department of Homeland Security officials provided no explanation for why the country refused to allow the family of 11 to board the plane even though they had been granted travel authorization online ahead of their planned 15 December flight.

Senior politicians have been drawn into the case, warning that a growing number of British Muslims are being barred from the US without being told the reason for their exclusion.

Aides to the prime minister, David Cameron, have promised that he will examine the case, which comes as a leading community group in the US has warned that Muslims are being subject to “an unprecedented and dramatic increase” in violent and hostile incidents. Advocates attribute this increase to the recent terror attacks in Paris and the mass shooting in San Bernardino, California.

Comments by the Republican presidential frontrunner Donald Trump calling for a ban on all Muslims entering the US have also contributed to the tense atmosphere.

The case of the family from London who were turned back at the airport has been raised by the British Labour MP Stella Creasy who believes a lack of information from US authorities is fuelling resentment within British Muslim communities.

“Online and offline discussions reverberate with the growing fear UK Muslims are being ‘trumped’ – that widespread condemnation of Donald Trump’s call for no Muslim to be allowed into America contrasts with what is going on in practice,” Creasy writes in an article for the Guardian . She said she was in contact with at least one other constituent who had had a similar experience.

US homeland security did not respond to a request for comment on why the family had been stopped from entering the country.

The family planned to visit cousins in southern California and go to Disneyland and Universal Studios, but they were turned away by US officials while at the departure lounge.

A Downing Street spokeswoman said Cameron would consider the issues raised in Creasy’s letter and respond in due course. The prime minister has already described Trump’s remarks as “ stupid, divisive and wrong ”.

Mohammad Tariq Mahmood was one of the family members turned away from the flight. He was travelling with his brother and nine of their children. Mahmood told the Guardian that no officials had told them why their entry was barred, but he thinks the reason is “obvious”.

“It’s because of the attacks on America – they think every Muslim poses a threat,” Mahmood said.

He said the children had been counting down the days to the trip for months, and were devastated not to be able to visit their cousins as planned.

He said that the airline told them that they would not be refunded the $13,340 cost of their flights. They were also forced to return everything they bought at the airport’s duty-free shops before being escorted from the airport.

“I have never been more embarrassed in my life. I work here, I have a business here. But we were alienated,” Mahmood said.

Creasy, having “hit a brick wall” in her own attempts to get answers from the American embassy, has asked the prime minister to press US officials for an explanation for the Mahmood family’s exclusion.

She has also asked him to clarify whether the UK monitors the numbers and ethnic or religious background of those who are blocked from travelling, to “help reassure all UK citizens that no discrimination on the grounds of faith is happening at UK airports”.

Two days after the family was stopped from boarding their flight, another British traveller, Ajmal Mansoor, an imam and lecturer based in Bristol, was turned away from boarding a flight to New York.

“USA has the right to issue and revoke visa – I fully understand that,” Mansoor wrote in a Facebook post. “However not forwarding any reasons infuriates ordinary people. It does not win the hearts and minds of people, it turns them off. I am amazed how irrational these processes are but does USA care about what you and I think? I don’t think so!”

The US embassy in London did not immediately respond to requests for a comment.