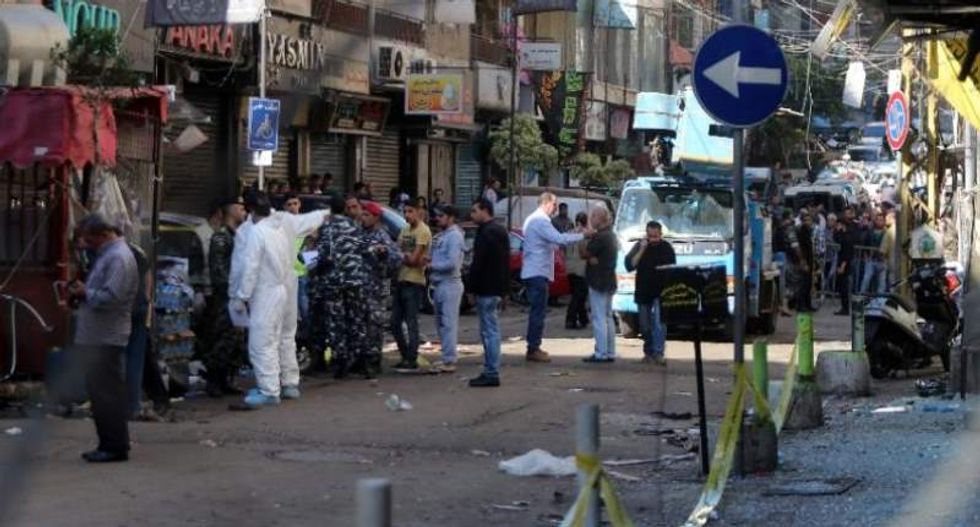 Lebanese forensic police and security forces investigate the site of a twin bombing attack that rocked a busy shopping street in Beirut, the day after the attack on Nov. 13, 2015. (Agence France-Presse)

The United States urged its citizens Friday to avoid traveling to Lebanon, after deadly bombings in Beirut claimed by the Islamic State group.

"Sudden outbreaks of violence can occur at any time in Lebanon, and armed clashes have occurred in major cities," the State Department said, warning of risks in this politically fragile country bordering war-wracked Syria.

The November 12 attacks hit a busy shopping street in Burj al-Barajneh, a suburb where the Shiite movement Hezbollah is popular. A total of 44 people were killed.

It was the largest IS attack ever in Lebanon, and among the deadliest bombings to hit the volatile country in decades.

"The Department of State urges US citizens to avoid all travel to Lebanon because of ongoing safety and security concerns," the State Department travel notice read.

"US citizens living and working in Lebanon should understand that they accept the risks of remaining in the country and should carefully consider those risks."