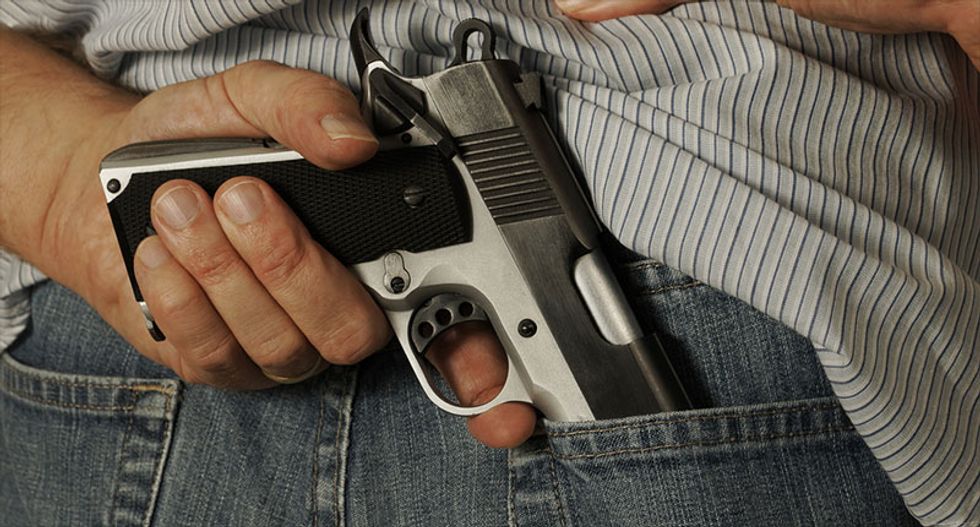 Virginia will no longer recognize concealed-carry handgun permits from 25 states that have reciprocity agreements with the state, effective Feb. 1, Attorney General Mark Herring said on Tuesday.

Virginia took the step because laws in those states are less restrictive, Herring's office said in a statement.

The change prevents people convicted of a felony, domestic abusers, those adjudicated mentally ill or incompetent, recently convicted drunk drivers and dishonorably discharged military personnel from using a permit from those states in Virginia.

The state is the site of worst mass shooting in U.S. history, a 2007 rampage at Virginia Tech University in which 32 people were killed.

The change came after a review by Herring's office and the Virginia State Police of the 30 states whose concealed handgun permits are valid in Virginia under a reciprocity policy.

Concealed permit rules approved by Virginia lawmakers "should not be undermined by wrongly recognizing permits from other states with more permissive standards," said Herring, a Democrat.

Governor Terry McAuliffe, also a Democrat, has vowed to tighten gun laws but has been thwarted by the Republican-controlled legislature.

Chris Cox, executive director of the Institute for Legislative Action at the National Rifle Association, the Virginia-based gun lobby, said permit holders were among the safest groups of people in the United States.

"Plain and simple, this is putting politics above public safety. This decision is both dangerous and shameful," he said in an emailed statement.