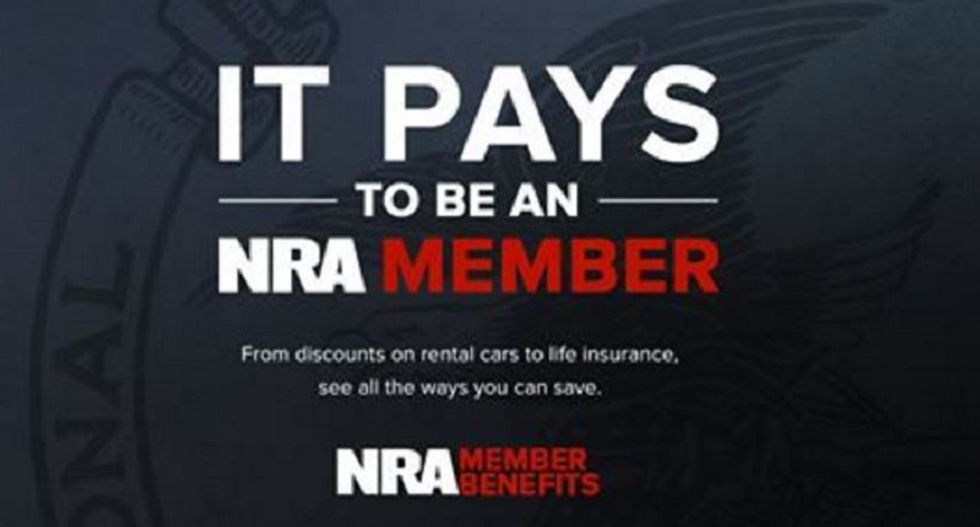 Protesters from the Coalition to Stop Gun Violence are stepping up pressure on the corporation to drop a special NRA Visa card after the nation witnessed yet another mass-casualty shooting on Thursday in San Bernardino, California. According to the group's website, "Every purchase [with the card] helps fund valuable NRA programs at no cost to you."

"On their website, Visa talks about 'the importance of supporting the local communities and neighborhoods in which we all live and work.' But their credit card program is undermining this goal by funding lobbyists who are making our streets more dangerous," the activist group wrote on their website. "Not only is the NRA’s agenda a threat to our safety, their leaders are politically extreme zealots who should be toxic to any company concerned about its public image."

The group claims Visa's program help the NRA fund lobbyists who have prevented gun control legislation, as the United States copes with its third mass shooting in about a week.

"A Fortune 500 company should not be helping to promote and pay for an extreme, pro-gun agenda that is causing untold suffering in neighborhoods across America," the group wrote.